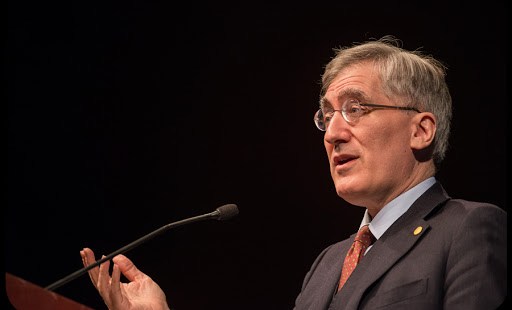 Bakers and photographers and Knights of Columbus halls have been threatened with legal action for refusing to cater to weddings of same-sex couples.

Robert P. George can’t say he’s surprised. The longtime McCormick Professor of Jurisprudence at Princeton University and member of the U.S. Commission on International Religious Freedom, said recently that same-sex “marriage” proponents will not allow for religious freedom because their belief system does not allow for the fact that dissenters can be reasonable people of good will.

"The whole [gay marriage] argument was and is that the idea of marriage as the union of husband and wife lacks a rational basis and amounts to nothing more than ‘bigotry,’ reflecting animus against a certain group of people," he said, according to the Christian Post. "Therefore, no reasonable person of good will, we are told, can dissent from the liberal position on sex and marriage, any more than a reasonable person of good will could support racial segregation and subordination. You’ve heard the analogy drawn a thousand times. And this is because marriage, according to the re-definers, consists principally of companionship — the companionship of people committed to mutual affection and care. Any distinctions beyond this one they condemn as baseless."

Those holding to this view do not seem to see marriage as a conjugal relationship between a man and woman. Same-sex marriage proponents uncritically conceive marriage as sexual-romantic companionship, George, a co-author of What Is Marriage?, “laying aside, ignoring altogether, its defining social purpose, imagining somehow, I suppose, that the law has some interest in people’s romantic relationships just as such. What that interest could be, none of my friends on the other side have ever managed to actually express a view about.”

While some liberals and conservatives believe there can be a "grand bargain" in which gay marriage is allowed and the religious freedom of dissenters is supported, George pointed out that he has long argued that could never be the case, because liberal secularism is a comprehensive doctrine in competition with other comprehensive doctrines.

"Liberal secularism," he said, "never was and never will be what the late John Rawls depicted it as being and hoped it would be, namely, a purely political doctrine, as opposed to what he called a comprehensive view (a view of human nature, meaning, dignity, and destiny) that competes with other comprehensive views.

"Nowhere is the reality of contemporary liberalism as a comprehensive doctrine, a secularist religion, more plainly on display than in the moral-cultural struggle over marriage and sexual morality. Liberal secularism will tolerate other comprehensive views so long as they present no challenge or serious threat to its own most cherished values. The Amish are probably safe.

"But when they do, they must be smashed, in the name, for example, of ‘equality’ or preventing ‘dignitarian harm,’ and their faithful must be reduced to a dhimmi-like status in respect of opportunities, in employment, contracting, and other areas, that, from the point of view of liberal secularist doctrine, cannot be made available to them if they refuse to conform themselves to the demands of liberal ideology."