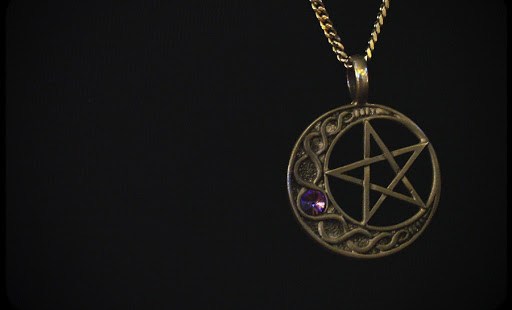 Even Catholic schools have hired or accommodated pagans.

Most people think of October 31 as Halloween, but for a rapidly growing number of Americans the date is celebrated as “Samhain” (saw – en), one of the eight Wiccan (and pagan) “sabbats.”

Paganism and Wicca are highly individualized belief “systems” that today almost defy definition. Patti Wigington, a “soccer mom,” PTA vice-president, and witch from Ohio explains: “With no central authority, anyone who publishes a book or creates a Website, can say whatever they want about the faith.”

Paganism was traditionally defined as a belief outside the Abrahamic religions. But for most people today, paganism is associated with no fixed beliefs or with polytheism or pantheism and earth worship. Wiccans (from Celtic "sorcerer” or “witch”) practice witchcraft or “magick,” revere nature, celebrate the seasons and hold a vast array of different theological viewpoints, but they often worship a goddess (the “Great Mother”) and her male consort (the “Horned God” of the sun and forest). The one thing they all agree on is that they don’t worship, or even believe in, Satan.

For pagans and Wiccans seeking fellowship or communal worship, the Pluralism Project at Harvard University lists over 300 “Pagan Centers” across the United States.

The Jesuit Loyola University Chicago may be the first Catholic school to give official recognition to a club for pagan students. Jill Kreider, its organizer and president, explained the purpose of the newly formed “Loyola Student Pagan Alliance” as helping students at the Catholic college “find the God they seek, not just the one featured in the Bible,” as Loyola student Dominic Lynch recently reported in The College Fix.

Lynch also quotes Ms. Kreider’s email to him, justifying the recognition: “Loyola’s mission states that ‘seeking God in all things’ is one of the main tenants [sic] of the university.” It is doubtful, however, that this characteristic aspect of Ignatian spirituality would include seeking after the Great Mother and the Horned God.

The Pagan Alliance was never intended to be a club exclusively for modern pagans and Wiccans; it was planned as an umbrella group for them, as well as members of “minority faiths” (listed as “Buddhists, Taoists, Shinto practitioners, Santeras, etc.”) and those who fall into the category of “spiritual but not religious,” i.e., anyone whose beliefs or lack thereof were not officially represented by other student groups.

The College Fix reports that the Alliance was forced to drop “pagan” from its name and thus became the “Indigenous Faith Tradition Alliance.” One may applaud Ms. Kreider’s wish to make everyone feel welcome, regardless of their beliefs. Yet one can’t help but picture a group meeting of Buddhists, Taoists, Santeras (i.e., Santería priestesses – what? no male practitioners allowed?), Wiccans, and pagans all arguing over whether Wiccans should even be allowed in the club. It is not an “indigenous” religion at all. It was basically created in the 1950s by the self-proclaimed Druid Gerald Gardner, an Englishman. In the early 1960s, a protégé of Gardner,