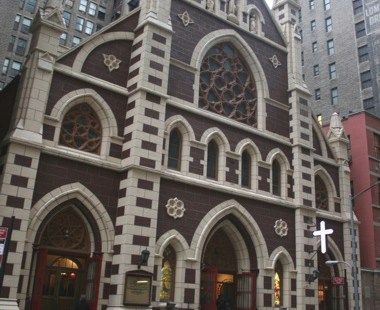 Cardinal Dolan admits that many will be grieved.

For many Catholics living in the New York metropolitan area, Nov. 2 looks like it will be “Bloody Sunday.”

The cardinal admitted that it will be difficult for many to receive the news.

“Let me be candid: there will soon be a real sense of grief at some of our parishes as we get set to announce publicly what we’ve been preparing for the last five years, namely, the merging of some of our beloved parishes,” he wrote this week in a column in the archdiocesan newspaper, Catholic New York. “In a few places, there might even be a feeling that something has died.”

Church officials say more than 50 parishes will be consolidated next year. The mergers are the result of a planning process that began in 2010—a year after Cardinal Dolan became archbishop of New York. The reasons include declining numbers of priests and Catholic families, especially in New York City.

As the New York Times reports today, many of the parishes that are being considered for closure are historic and were built to serve various waves of immigration. One, Holy Innocents in midtown Manhattan, is unique in that it has a daily Mass in the pre-Vatican II Latin rite.