Cardinal Burke: A Sense of Disorientation in the Church 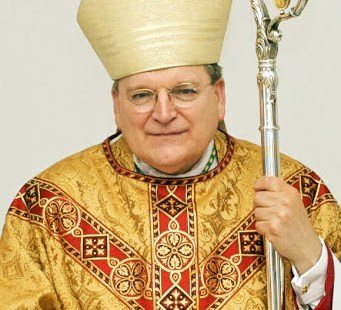 Go to the peripheries, yes, but not empty-handed, American prelate says.

In yet another interview suggesting that a prominent American cardinal may be questioning some of Pope Francis’s policies and direction, Cardinal Raymond Burke recognized that there is a sense among the faithful that the Church is “like a ship without a helm.”

Yet, Cardinal Burke, Prefect of the Apostolic Signatura at the Vatican, said in the interview that he does not wish it appear like he is speaking out against Pope Francis.

Last month, the secular news aggregator BuzzFeed published an interview with the cardinal in which he was widely seen as criticizing the Pope. An organization with which the cardinal is affiliated and that set up the interview for BuzzFeed issued a statement , clarifying that the cardinal was not saying that Pope Francis had harmed the Church.

In the new interview, published by Spanish religious news weekly Vida Nueva, Cardinal Burke acknowledges that many have expressed their concerns to him about the direction the Church is taking under this pontificate. “At this very critical moment, there is a strong sense that the Church is like a ship without a helm, whatever the reason for this may be,” the cardinal said, according to a translation on Vatican Insider. “Now, it is more important than ever to examine our faith, have a healthy spiritual leader and give powerful witness to the faith.”

Continuing with the sailing metaphor, the cardinal related that many people “are feeling a bit sea sick because they feel the Church’s ship has lost its bearings. We need to set aside the reason for this disorientation because we have not lost our bearings. We have the enduring tradition of the Church, its teachings, the liturgy, its morality. The catechism remains the same.”

Cardinal Burke said he agrees with Pope Francis when he speaks of the need of the Church to “go out to the peripheries” and bring the Gospel to those on the margins. “The people have responded very warmly to this” exhortation, he said. “But we cannot go to the peripheries empty-handed. We go with the Word of God, with the Sacraments, with the virtuous life of the Holy Spirit. I am not saying the Pope does this, but there is a risk of the encounter with culture being misinterpreted. Faith cannot adapt to culture but must call to it to convert. We are a countercultural movement, not a popular one.”