“St. Vincent”: A Treat for All Saints’ Day 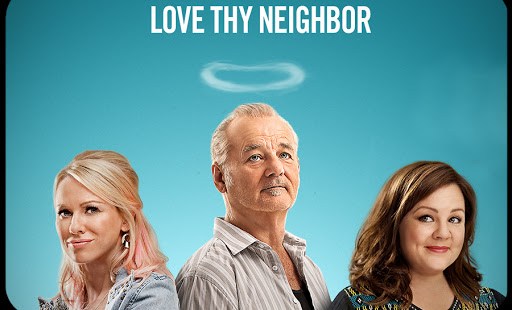 Have you ever seen the excellent old "Night Gallery" episode directed by Stephen Spielberg entitled “Make Me Laugh"? That’s the one about the down-on-his-luck comedian who strikes a deal with a swami for the ability to make anybody laugh. In typical "Night Gallery" fashion, however, there’s a catch. Anything the poor schlub does from that point forward, even the simple act of taking off a hat, ends up making people burst into laughter. I wouldn’t be at all surprised to find out that Bill Murray once met that same swami.

Don’t get me wrong, Bill Murray is a fine dramatic actor, something he’s proven over and over again. But let’s face it, if you like watching Bill Murray in movies (which I’m pretty sure is required by law), then just seeing the guy walk around and do stuff is enough to make you smile. Case in point, his performance in the new film, “St. Vincent.”

There’s nothing remarkably new about “St Vincent.” It’s the story of a cranky old curmudgeon who is reluctantly pressed into acting as an after school babysitter for his new neighbor’s son. If you’ve seen the trailer for “St Vincent,” or simply watched any movie ever made about a cranky old man and an adorable kid being tossed together, then you know the two eventually come to bond and grow on one another as the film goes along. “St. Vincent” never veers from that tried and true formula in any way.

Which is not to say this is simply a remake of “Dennis The Menace.” By all means, don’t get the impression you should up and load your kids into the van to go see “St. Vincent” this weekend. After all, this is a movie which starts off with the aged Vincent (Murray is 64, but plays the character older) in bed with a haggard, and very pregnant, Russian hooker named Daka (Naomi Watts). If this sounds less than enticing, that’s sort of the point. Everything about Vincent is unpleasant. He’s a drunk who routinely gets asked to leave his favorite bar, a gambler deep in debt to a local bookie, and a generally foul individual who dislikes all other living creatures except for his cat and his hooker.

Obviously, Vincent is the last person you’d want watching your child. But after the young Oliver (Jaeden Lieberher) has his house keys and cell phone stolen on his first day at Catholic school, his mother Maggie (Melissa McCarthy) is forced by necessity to turn to Vincent for help. Which he charges her for, naturally.

Vincent wastes no time in taking Oliver to the racetracks where they use the boy’s lunch money to place bets, and to the bar, where he demonstrates how to drink until the bartender says you’ve had enough. As the days progress, however, Oliver begins to see other qualities in Vincent besides his undeniable personality defects. He learns of Vincent’s heroic service in Vietnam. He notices Vincent’s well-hidden concern for Daka’s medical needs and Oliver’s own troubles with the school bully. Most importantly, Oliver is introduced to the woman Vincent regularly visits at the nursing home, pretending to be her doctor and bringing her laundry home to wash rather than leaving it for the nurses to attend to.

Like all of us, there’s more to Vincent than just the sum of his faults. So, halfway through the movie, when Oliver is assigned a school project in which he must write a presentation explaining what person in his life he believes should be recognized as a Saint, it’s a no-brainer who he is going to choose as his subject. And just in case you don’t catch on at first, as Oliver lies on the ground after being punched by a bully, the camera conveniently frames Vincent’s head in a halo of sunlight as he leans over to help the boy up.