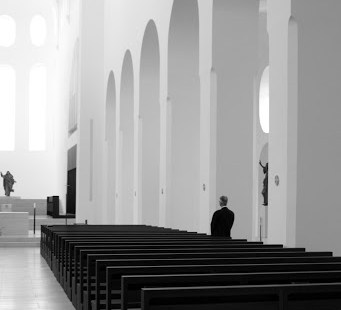 There is a Catholic “man-crisis.” Large numbers of men who were baptized Catholic have left the Church and the majority of those who remain are “Casual Catholic Men”, men who do not know the Catholic faith and don’t practice it.

This large-scale failure of Catholic men to commit themselves to Jesus Christ and His Church has contributed to the accelerating decay of the post-modern culture.

The long list of examples of cultural decay is obvious to those willing to look: industrialized slaughter of babies in the womb; the self-sterilization of contraceptives; epidemic promiscuity, pornography and sexual perversion; the avoidance of marriage; rampant divorce and adultery; so-called “marriage” of homosexuals; substance addictions; gender confusion; filth and coarseness in media; the loss of a connection to nature and escape into virtual “reality”; environmental exploitation; rampant materialism; the lost of the dignity of work; racial animas; commercialized gluttony; the dysfunctional political and legal system.

Post-modern society is sick. In midst of the societal decay, there are men who seek the true, beautiful and the good and are working to bring the peace and joy of Christ to the world: Committed Catholic Men. These men have completely committed themselves to the Almighty King, Our Lord and Savior Jesus Christ and to His Holy Church, realizing that true manhood is Catholic Manhood. This is the truest of loves, to love God with one’s full being and to love one’s neighbor as one’s self.

Committed Catholic Men realize that behind the cultural decay, lurks Satan. They have come to know that Satan is real, Hell is real, Sin is real and that life is a battle to confront and defeat Satan, the Evil One who is waiting at every turn to devour the unprepared.

Committed Catholic Men are not perfect, but take seriously Christ’s call to perfection.  It is only in Christ, that Committed Catholic Men find the courage to persevere when they fall into Sin and are continually strengthened for the battle against Satan. Every Catholic man is called to give himself fully to Jesus Christ and His Catholic Church.

How does one become a Committed Catholic Man?

Here are 12 steps to grow in loyalty and devotion to Jesus Christ:

1. Each Catholic man must to be able to give a rousing argument for why Jesus Christ is the greatest Man and why Jesus is his King. If a man is not convinced about Christ’s greatness to the point of being able to articulate the case, his growth in faith will be stunted and he will be unable to draw others to Christ. Committed Catholic Men can make the case for Christ.

2. Commit to be a Saint of Christ the King — There are no nice people or good people in Heaven, only Saints. Most men have not made a commitment to strive for Sainthood. Men are stuck in mediocrity and need to raise the bar higher; there is no higher bar than Sainthood.   Christ’s first words of public ministry were to “Repent!” and every man must repent or die.

By making a commitment to Sainthood, a man starts with repentance and aspires to greatness; in this he realizes his own spiritual poverty. In the recognition of spiritual poverty, a man comes to both humbly recognize his need for God’s mercy and to cry out for it. Aspiring to Sainthood changes everything.

3. Go to Reconciliation at least once a month