Can an Atheist Make a Really Great Film about Faith? 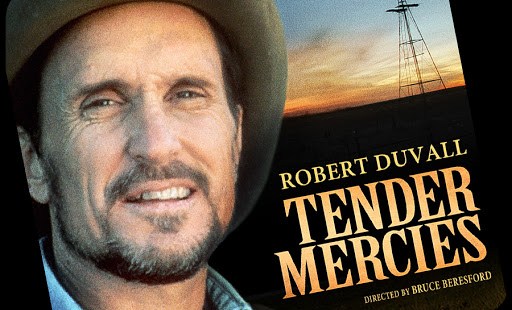 I had the great pleasure of re-watching the 1983 Academy Award winning film Tender Mercies starring Robert Duvall the other day, in — of all places — Waco, Texas, in a lovely First Baptist Church that was only about 65 miles from the place where the movie was filmed. The film was shown as part of a conference put on by the wonderful people at Baylor University’s Institute for Faith and Learning and featured, after the movie, a discussion with the director, Bruce Beresford, a man who has directed something like thirty films, among which the most notable are the great Australian classic, Breaker Morant (1980) and the Academy Award winning Driving Miss Daisy (1989).

"Tender Mercies," for those who haven’t seen it, is a truly wonderful film, impossible to recommend too highly. Along with being one of the five best movies ever made about Texas (yes, there was an official vote on this), it is also considered one of the best movies ever made dealing with the fundamental questions about providence, the meaning of life, suffering, and faith. I won’t get into the story too much other than to say it deals with a washed up, down-and-out, former country singer, portrayed perfectly by Duvall in an Academy Award winning performance, who slowly finds his way back to sobriety, sanity, faith, hope, and love. The screenplay, which also won an Academy Award, was written by Horton Foote, who is perhaps best known, along with being one of Walker Percy’s best friends from childhood, the writer of the screenplay for the 1962 film "To Kill a Mockingbird" and the 1985 film "The Trip to Bountiful" — both, along with "Tender Mercies," beautiful films dealing with important questions about the nature of life in all its fullness and complexity.

Beresford tolerated, but didn’t seem to have a great deal of patience with, the sort of long, drawn-out questions the academics in the crowd tended to ask. Several times he simply looked out at the questioner from his chair on the stage and said very plainly: “What’s the question? I don’t know what the question is.” Poor man. Not being accustomed to academic conferences, he didn’t realize that the “question” period is often not about asking questions. It’s about giving members of the audience a chance to deliver mini-speeches of their own disguised as a question.

There was, however, a very interesting and somewhat revealing exchange that occurred when the formidable and fearless Fr. Bill Miscamble of Notre Dame, a fellow Aussie, asked Beresford to comment a bit on “religious” dimensions of "Tender Mercies." “Religious?” asked Beresford, seemingly taken aback somewhat by the question. “They’re not really religious questions, are they?” he said. “They’re just questions these characters ask. A lot of people ask these sorts of questions. But they’re not really religious, are they? I mean, there aren’t really any answers.” He couldn’t really see "Tender Mercies" as having any sort of “religious” meaning or implications at all.

It’s strange that the director of one of the best films dealing with the struggles of faith could be so blind to the implications of his own film. Did he really not see any of the religious dimensions of the film, even though several of the most important scenes take place in a Baptist church and even though the lead character’s baptism is one of the most touching and moving in the whole movie? He just didn’t care to see any of these things as “religious,” as it turned out. For him, these were just the sorts of things these characters — the ones crafted by Horton Foote — did. Their words and actions seemed “honest” to those characters, but he hadn’t really reflected on the nature of their faith convictions at all.