Do Souls Return from Purgatory? 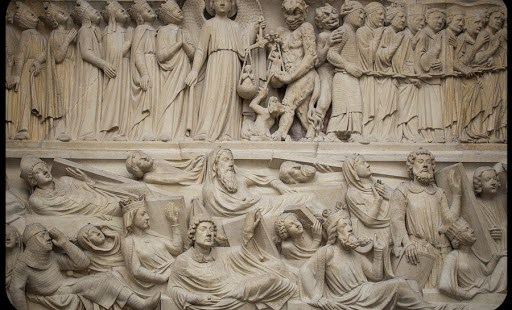 Judging from the response to a recent post on holy souls who return from Purgatory, there seems to be a lot of interest in the subject. But, as Rome’s Little Museum of Purgatory contains only a tiny collection of the known “hard evidence” left behind by these holy souls, it makes sense to follow up with a sampling of burn marks left on cloth, books, doors and people, which can (or could, in the case of people) be seen in many places across Europe. And then there is, of course, the written testimonies of saints to which one can turn as further evidence of holy souls returning from Purgatory.

Unlike Marley’s ghost in Dickens’ “Christmas Carol,” holy souls rarely (if ever) return to warn hardened sinners of the hellish fate that could await them in the afterlife. Instead, God allows a relatively small number to appear to living people who are future saints — declared and undeclared — on whom these holy souls can count for “suffrages,” i.e., prayers, Masses, works of charity or penance offered for their release from Purgatory.

An engrossing book on these phenomena, Hungry Souls: Supernatural Visits, Messages and Warnings from Purgatory by the renowned Belgian psychologist Gerard J.M. van den Aardweg, was published in 2010. Here’s a taste of some of the fascinating people and events you can find in this book.

Just a few of the many saints whose experiences with holy souls in Purgatory are described in Hungry Souls are Saints Teresa of Avila, Gertrude of Helfta, Catherine of Genoa, Francis de Sales, Margaret Mary Alacoque, and in the past century, Maria Faustina Kowalska and Padre Pio. Many “blesseds,” as well, are known to have been visited by holy souls in Purgatory, among them Blessed Anne Catherine Emmerich, Anna Maria Taigi and Stanislaus Papczyński, founder of the Marians of the Immaculate Conception.

A striking example of a hand mark left by a holy soul is kept in the Paulinian monastery in Częstochowa, Poland, the pilgrimage site of the “Black Madonna” icon (Our Lady of Częstochowa). In 1890, Father Reichel, a parish priest of Hundsfeld (near Wrocław in western Poland), was visiting Częstochowa on a pilgrimage with two “confreres” and gave the earliest extant account of the corporale he was shown. The Paulians explained the story behind it this way:

Two clerics of the monastery (of the Paulinian Order) had promised one another many years ago that the one who would die first would give the other one a sign from the beyond. Now one of them was dead already for a long time and never had given a sign. This was what the other one was thinking about, when one day he just had finished holy Mass and, as usual, was folding together the corporal before him, in nine folds. Then the evil doubt went through his head that perhaps there would be no survival after death at all. At that moment, a hand appears, lays itself on the corporal, and immediately disappears again. How much it was ablaze through and through, however, is shown clearly enough by the combustion of the nine-times folded up linen, exactly in the form of the hand.

Here is Father Reichel’s description of the corporale, which appeared to have been touched on the top layer by a hand that was burning red-hot:

The upper layers of the linen were totally burned through, the lower were browned, increasingly more lightly; in the deeper parts between the individual joints the folds of the linen were conserved [visible], there where the muscles are more articulate [thicker], the combustion was quite visibly stronger, decreasing gradually to the sides.

At the monastery of the Franciscan nuns of St. Ann at Foligno, Italy, one can still see the hand imprint of a deceased religious, Sister Teresa Margarita Gesta, on the door of the linen room