Moms and Younger Sibs Are also Dying from Abortion 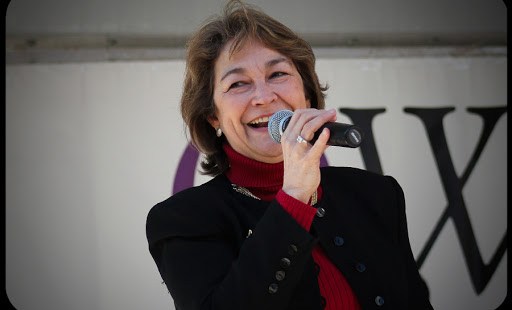 Terry O’Neill, President of the National Organization for Women (NOW), was correct in citing the shameful facts about the high rates of preterm birth, infant mortality and maternal mortality in the U.S. in yesterday’s Huffington Post. But she could not have been more wrong about what’s causing these rates.

Citing no supporting evidence, she claims that “abortion care, no less than contraception, is an essential measure to prevent the heartbreak of infant mortality, and to prevent another tragedy as well — maternal death.”

It is certainly true that killing all children before they are born through abortifacient contraceptives and abortion will reduce preterm birth and infant mortality to zero, but short of that, one or more prior abortions actually increase rates of preterm birth and infant mortality. And maternal deaths? Women continue to die both from abortions and from contraceptive use (as do unborn children).

Here are the facts she did not disclose.

We have no real idea of how many women are dying every year from abortion in the United States. Byron Calhoun, MD explodes the myth that maternal mortality in childbirth is greater than from abortion. He explains:

Among the factors responsible are incomplete reporting, definitional incompatibilities, voluntary data collection, research bias, reliance upon estimations, political correctness, inaccurate and/or incomplete death certificate completion, incomparability with maternal mortality statistics, and failing to include other causes of death such as suicide.

Ireland, where abortion remains illegal, ranked 1st in 2005 and 3rd in 2008 as having the lowest rate of maternal mortality in the world, according to UNICEF. The World Health Organization (WHO) identified Ireland as “the nation where women face the lowest lifetime risk of maternal mortality.” A 2013 study by B.C. Calhoun et al. examined the 40-year trends in maternal and neonatal health and abortion in Great Britain and Ireland. The maternal mortality rate in Ireland over the preceding decade was 3/100,000, compared to 6/100,000 in England and Wales.

Mika Gissler et al. looked at maternal deaths from suicide and other causes in the 12 months following birth or abortion in a huge register-linked study of women in Finland. The rate of suicide in the general population was 11.3/100,000 women. The rate in the first year alone after —

In other words, women who aborted were almost six times more likely to die by suicide than those who had given birth.

Rates of death from “accidents” were also far higher among the post-aborted women.

D. Reardon and P.K. Coleman published two register-linkage studies using data from almost one-half milllion women in Denmark in which they examined mortality rates associated with first pregnancy outcome among women who had their first pregnancy between 1980 and 2004. The results of the first study are:

Compared to women who carried their first pregnancy to term … the cumulative risk of death for women who had a 1st trimester abortion was significantly higher in all periods examined from 180 days (84%) through 10 years (39%). The risk of death was likewise significantly higher for women who had abortions after 12 weeks from one year (331%) through 10 years (141%) when compared to women who delivered a first pregnancy.