North Carolina Judge Explains Why He Quit Over Same-Sex “Marriage” 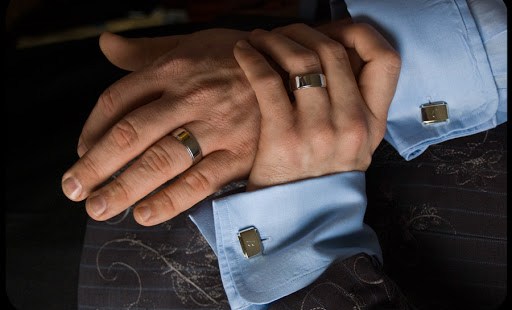 Well, when I was working, I’d work a 56-hour shift. Half of that shift was in the office, and that is when people would come during normal business hours to get married. I’d say I’ve done 4,000 to 5,000 marriages over the years… We did a lot of them. I couldn’t see anywhere around it or avoiding the same-sex marriage issue, so rather than try to hide behind the shadows of the law, I figured if I can’t do my duty, I’m going to leave.

How long had you had been a magistrate? How will this affect your retirement?

I became a magistrate in December 1990. On Dec. 1, it would have been 24 years for me. Resigning now cuts my retirement by 20 percent. I needed four years to max out my pension. I’ve applied for retirement, and I qualify for 75 percent, so I’m just going to trust in the Lord and see where He leads"

When did you become a Baptist minister? Was it a calling you had sensed for a long time?

I’ve been an ordained pastor for 17 years. I was a deacon before that. I had a career in the Marine Corps, where I was a staff sergeant. I got out in 1984 with a medical discharge. I came back home and started working with the church. I was then ordained a deacon, which I was for five years until I surrendered to the call to preach.

As a Baptist minister who has studied the Word of God, what teachings on marriage informed your decision to resign as a magistrate?

We always quote Genesis 1:27, where God made mankind male and female in His own image. Also in Genesis, we see where God brought Eve to Adam, and gave instructions that for this reason shall a man leave his father and mother, and that he and his wife shall became one flesh…There is also something like 27 verses in the New Testament about fornication, and fornication is defined as any type of illicit sexual behavior other than that of the marriage bed, which is that of a man and a woman.

Do you expect pressure to continue growing on Christians who oppose same-sex marriage and other elements in the culture?

I expect the pressure will come full circle. Obviously, the next challenge is they’re going to work on attacking our freedoms of speech, and our right to preach against sin, including homosexuality. I believe that’s the next step in America now that they have gay marriage. They will push for special protections under the law and get new hate laws passed.

What do you think you will do next? Are you concerned about what the future may hold?

I’m trusting in the Lord and I know that He will take care of us.