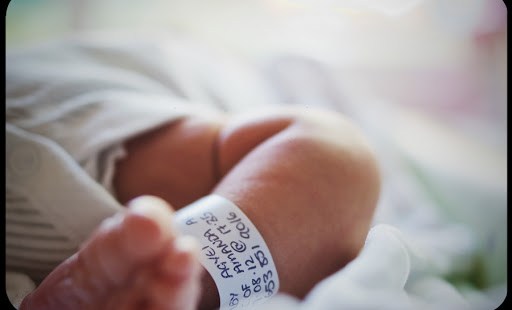 Action seen as first step to recognizing rights of all unborn.

The British Parliament has voted 181-1 in favor of banning sex-selective abortion.

Tuesday’s vote in the House of Commons came on the first reading of a bill that parliamentarians hope will clarify and tighten British abortion law for the first time since 1990.

The Abortion (Sex Selection) bill was presented as a private member’s bill by Conservative MP Fiona Bruce, co-chairwoman of the All Party Parliamentary Pro-Life Group, with the backing of 11 other female MPs drawn from the three main parties.

Although under a third of MPs attended the vote, many more are expected to vote on its second reading on
January 23, 2015. Among those who abstained from the first reading were ministers, members of the shadow cabinet, and parliamentary private secretaries, all of whom are precluded by parliamentary convention from voting on private members’ bills of this sort.

Steve Baker, Conservative MP for Wycombe, nonetheless said he had been advised that many members of the government parties who had abstained, “as is usual practice,” would also have supported the bill.

Explaining the need for the bill, Bruce said, “sex-selective abortions are happening in the UK, and there is widespread confusion over the law.” The bill’s aim is simply to clarify the fact that nothing in the 1967 Abortion Act, which permits abortions on a limited number of grounds, “allows a pregnancy to be terminated on the grounds of the sex of the unborn child.”

Successive health ministers and even the Prime Minister had been clear on this, she said, but the British Pregnancy Advisory Service (BPAS), which performs around 60,000 of Britain’s roughly 190,000 annual abortions, “flatly disagrees with them,” claiming the law is “silent on the matter” of sex-selective abortion.

A third interpretation, she continued, is put forward by the British Medical Association, representing Britain’s doctors, arguing that there may be cases where having a child of a particular sex may justify an abortion on the basis that “the sex of the child may severely affect the pregnant woman’s mental health.”

Describing as a “damning indictment” of Britain’s commitment to female parity the fact that such national institutions could “contradict the Government on an illegal practice that predominantly affects girls,” Bruce said a growing number of courageous women had spoken out about having been forced to abort their daughters.

“If the testimony of these women and those who work with them is not enough,” she said, “consider the statement of the GP and former BPAS consultant, Dr. Vincent Argent, who said he had ‘no doubt’ that this was a problem in the UK and that there were ‘an awful lot of covert sex-selective abortions going on.’”

Writing for the
Catholic Herald in advance of the vote, Labour MP Rob Flello said there has been a steady accumulation of evidence that sex-selective abortion is a reality in the UK, albeit not yet on a large scale.
Acknowledging that Department of Health data suggest that no UK population group or region shows a statistically significant imbalance in sex ratios, he cited a 2007 paper from University of Oxford researchers and an analysis of census data by the
Independent
in January suggesting otherwise.


The
Independent analysis showed significant imbalances in sex ratios among second children in families where parents came from Afghanistan, Pakistan, Nepal, India, and Bangladesh, tallying with research from Canada and the United States suggesting that in certain immigrant communities, couples whose first child is a girl may be willing to abort further pregnancies to ensure their next child is a boy.