Exploded into Being by Divine Love 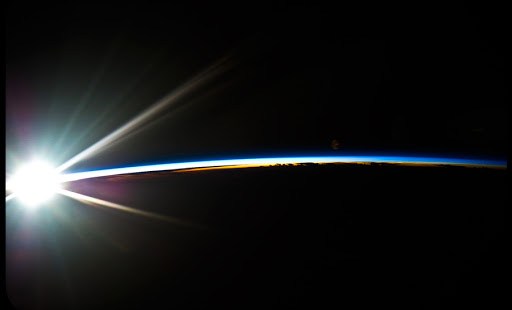 The Big Bang theory: where science and theology meet

I’ve long been fascinated by cosmology, although my deficiencies as a mathematician preclude my really following the arguments of astrophysicists, high-energy particle physicists and others exploring the origins of the universe. Yet the fascination remains and it was kindled anew by a May 12 article in the Boston Globe Magazine about Alan Guth, a key figure in current explorations of what happened in the Big Bang, the orthodox explanation for How Things Started.

Take a deep breath and try this key passage from the article:

Using the theories of Einstein and others, Guth points out that at extremely high energies, there are forms of matter that upend everything we learned about gravity in high school. Rather than being the ultimate force of attraction that Newton and his falling apple taught us, gravity in this case is an incredibly potent force of repulsion. And that repulsive gravity was the fuel that powered the Big Bang.

Literally mind-boggling, to be sure, but a good moment to remember that the Big Bang theory of the origins of the universe was the brain-child of a Catholic priest, Georges Henri Joseph Èdouard Lemaître, a Belgian Jesuit. When Lemaître began his work, the “steady-state” model of the universe dominated cosmology; after the work of Lemaître and others, the steady-state model was supplanted by the notion of an expanding universe that began with the Big Bang — or what Father Lemaître called, a bit more primly, the “hypothesis of the primeval atom” or the “Cosmic Egg.” As I understand it, Alan Guth’s work, and that of others exploring the first micro-seconds of what people of biblical faith know as Creation, builds on Lemaître’s insights.

The new cosmology makes possible a new dialogue between physics and theology, or, more broadly, between science and religion. In the early days of what we know as modern science, the hard sciences — physics, chemistry, astronomy— were thought to be (and often thought themselves) the enemies of revelation and biblical religion. In the early 21st century, that’s changed. It’s the life sciences, like evolutionary biology and genetics that are often stuck in the intellectual quicksand of ill-informed, knee-jerk atheism, while the hard sciences are bumping up against boundaries beyond which their methodology can’t take them — boundaries that may define the meeting ground between scientists and theologians.

If Alan Guth’s work is empirically verified, a large question will remain — a question that takes Guth’s science to just such a boundary: Where did that primordial something, that “patch of material packed with … repulsive gravity” that contained “the ingredients of what would become our entire observable universe,” come from? It defies all logic to suggest that something can come from nothing; yet science cannot get us “behind” that something from which everything came.

Thus a new — in truth, old — conversation opens up. NASA scientist Robert Jastrow saw it coming 20-some years ago when he wrote that the scientist “has scaled the mountain of ignorance, he is about to conquer the highest peak; and when he pulls himself over the final rock, he is greeted by a band of theologians who have been sitting there for centuries.” And what have those Christian theologians been pondering?

That what science calls the Big Bang was love exploding out of the life of the Trinity.

George Weigel is Distinguished Senior Fellow of the Ethics and Public Policy Center in Washington, D.C. Weigel’s column is distributed by the Denver Catholic Register, the official newspaper of the Archdiocese of Denver. Phone: 303-715-3215.