Will the New U.S. Congress Protect Life Once Harry Reid’s “Roach Motel” Goes Out of Business? 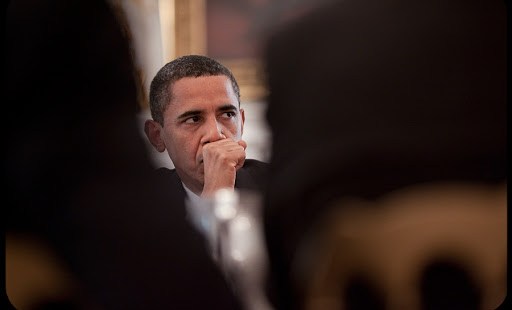 Prospects for pro-life legislation brighten, but the president still stands in the way.

For the last four years, the U.S. Senate has been the place where pro-life legislation went to die. Of more than a dozen pieces of pro-life legislation passed by the U.S. House of Representatives during the last two Congresses, not a single one was taken up by the Senate. Violating the Senate’s century-long tradition of deliberation and debate, outgoing Majority Leader Harry Reid (D), simply refused to bring them to the floor for a vote. Former Governor Mike Huckabee described Reid’s obstruction in these colorful words: "Harry Reid has created the roach motel of legislation. The bills come in, but they never come out."

Among the pro-life bills that the pro-abortion Reid killed in this way were:

The Pain Capable Unborn Child Protection Act: which would ban nearly all abortions after the 20th week of pregnancy – the point at which it is generally acknowledged that the unborn child can feel pain – and would save at least 18,000 lives a year. It would be an important step towards banning all abortions.

The No Taxpayer Funding for Abortion Act: would prohibit the federal government, in the words of Cardinal Sean O’Malley, from “us[ing] its funding power to support and promote elective abortion, and … forc[ing] taxpayers to subsidize this violence.” The bill would also force Obamacare plans that include a secret elective abortion surcharge to reveal this to consumers.

The Health Care Conscience Rights Act: would protect the First Amendment religious liberty rights of Americans by exempting them from the Obama Administration’s Health and Human Services (HHS) contraceptive mandate. It also offers conscience protection for individuals and health care entities that refuse to provide, pay for, or refer patients to abortion providers because of their deeply held, reasoned beliefs.

The Prenatal Nondiscrimination Act: would ban abortions for reasons of sex- and race-selection. This bill would save the lives of several thousand baby girls, who are currently being aborted for no other reason than that they are girls.

The Fiscal Year 2015 Appropriations Bill:  The House version would cut funding given to the United Nations Population Fund (UNFPA), which is a strong supporter of China’s coercive population control program; would reinstitute the Mexico City Policy, which denies federal funding to foreign nongovernmental organizations that perform or promote abortion as a method of family planning, and would cut funding for population control programs down to $461 million.

These and other sensible pieces of pro-life legislation that died in the Senate were merely a small part of a much larger batch of House-passed bills – over three hundred (300!) in all – that met the same fate. Many of these bills passed the House with bipartisan support and would have, presumably, easily won passage in the Senate. Yet the Democrat Majority Leader, in a political ploy that violated the longstanding traditions of that body, simply bottled them up, never permitting a debate, deliberation or vote.

He was, apparently, trying to protect vulnerable members of his Democrat Party who were up for re-election in conservative states from being forced to vote on bills and amendments when their votes would infuriate their constituents. For example, pro-choice Dems could not be caught voting against the Prenatal Nondiscrimination Act without facing a question like this: “Explain to the good people of Arkansas again, Senator Pryor, why you think that Americans should continue to allow little girls to be killed by abortion simply because their parents wanted a boy?”

Despite Senator Reid’s underhanded efforts, all of the vulnerable Democrat senators