Who is Tony Flannery? 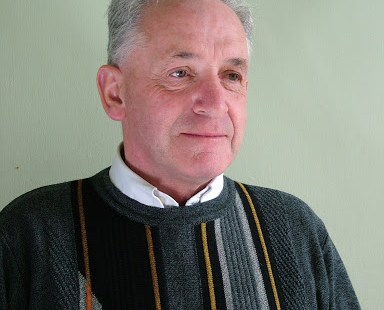 When the “silenced” Irish Redemptorist Father Tony Flannery set out in January on a speaking tour of his homeland, he said he would be “deliberately staying away from Church premises, so as not to cause embarrassment to anyone.”

As recent events in Minneapolis have shown, it seems this was a prudent decision. Father Flannery’s sole engagement on Church property in his current 18-city speaking tour of the United States led to his host, Father Michael Tegeder, being personally asked by Archbishop John Nienstedt to change the location of Wednesday’s talk so as “not to cause scandal.”

Born in County Galway in 1948, Father Flannery entered the Redemptorists’ minor seminary in Limerick when he was 12 years old, going to the major seminary at 17 and being ordained in 1974. The author of several books, in September 2010 he and a handful of others founded Ireland’s Association of Catholic Priests (ACP), which now boasts more than 1,000 members.

A December 2010 column in the Irish Redemptorist magazine Reality, in which Father Flannery opposed mandatory reporting by Church authorities of child sexual abuse, was rejected by Ian Elliott, the then-head of the Irish Church’s child protection agency, as “an attempt at minimizing the serious nature of clerical child abuse,” but other Reality columns from 2010 would bring Father Flannery far greater notoriety.

In February 2012 he was summoned to meet Father Michael Brehl, the Redemptorist superior general, in Rome, where he was given two pages that he was told had come from the Congregation for the Doctrine of the Faith. One page directed Father Flannery’s Redemptorist superiors to “seek to impress upon Father Flannery the gravity of his situation,” while the other contained extracts from articles he had written, including ones challenging the nature of the priesthood.

“I no longer believe that the priesthood, as we currently have it in the Church, originated with Jesus,” Father Flannery had written, as Jesus “did not designate a special group of his followers as priests.”

“To say that at the Last Supper Jesus instituted the priesthood as we have it is stretching the reality of what happened,” he continued, speculating that, “It is more likely that some time after Jesus, a select and privileged group within the community who had abrogated power and authority to themselves, interpreted the occasion of the Last Supper in a manner that suited their own agenda.”

After paraphrasing a passage by Pope Benedict XVI as saying that, “it is the priest alone who possesses the power to celebrate the Eucharist,” he said that “there was probably a time” when he too had believed that. Now, though, he said he believed instead that “the sacraments belong to, and are already within, the whole community, the Church, rather than the priest alone.”

That Father Flannery would deny the sacramental reality of the priesthood and then found an association of priests might seem a paradox to rival that of a man engaged in speaking tours describing himself as “silenced,” but it was not the irony of the situation that alarmed the CDF.