You’re Not You When You’re on the Pill 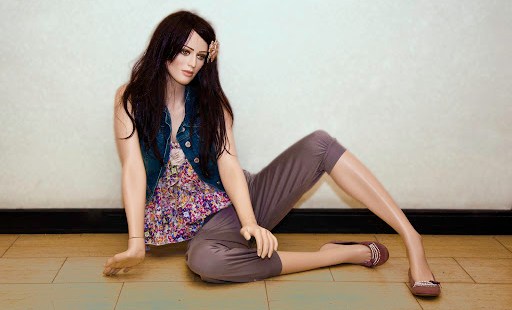 Women who stop taking contraceptive hormones “feel like themselves” again.

About 10 years ago I attended an intensive personal development program. It involved activities from rope courses in southern California to building outhouses in a homeless camp in Mexico. The goal was to develop qualities such as courage, compassion, vulnerability. In one exercise, I had to stand in front of my five team mates, all sitting in a circle, and express a very personal desire so that the mere energy coming out of me would make them stand up all at once. We were in a room where about 50 other teams were doing the same. After a few attempts, I got my team to rise as one and the whole room to hear when I exclaimed with the power of conviction: “I want to be myself!”

Being myself now is amazing. I am more realistic and real, think with more clarity and decisiveness, know what I want, experience deeper joys, know how to find peace within. I know that all kinds of things can get in the way of that freedom to be yourself, but for women, it may even be thwarted by their choice of birth control.

“It’s not me”
“It’s not me,” is the title of the introduction to Sweetening the Pill: Or How We Got Hooked on Hormonal Birth Control by Holly Grigg-Spall. “In the few months I took off the Pill, I felt lighter,” Spall writes. “A rush of positive emotions let me feel happiness, excitement and enthusiasm. I became stable in both my thoughts and feelings. . .. I reconnected with the world.” She goes on to quote her doctor who after 20 years on the Pill said, “When I came off of it, I realized that I was a completely different person to who I’d thought.” Then another woman is quoted saying, “That is how I would describe coming off the Pill — an awakening.”

Is this effect of the Pill just someone’s imagination, or the experience of a few women? How can it be that women who are on hormonal contraceptives are changed by it? What can you do if you are one of them?

Did you grow up with hormonal braces?
If you have grown up on the Pill from the age of 12 or 14 like many teens do, you may not be aware of what it’s doing because it’s been part of you for so long. We also know that these teen years are critical for the formation of the brain and a time of hormonal changes.

Women who grow up with the Pill are somewhat like Forrest Gump growing up with his leg braces. Because “his spine was as crooked as a question mark” his country doctor casually prescribed leg braces for him. Leg braces were a fad in the 1950s in great part because of the polio epidemic. But not all of these prescriptions were justified. So children were growing up used to this implement designed to correct their posture.

Being on a massive hormonal “boost” every day for many years, you may be like a child growing up with leg braces: that’s all you know, you don’t even realize what it feels like to be without them and who you can be when you’re off them. You’re on hormonal braces and it’s not really you. You don’t need these braces and they may be affecting the real you.

Dramatic and unexplored effects on the brain
A 2012 article in Scientific American reports that the Pill has significant and as yet unexplored effects on women’s brains: “It is a huge experiment whose resolution will not be known for a while, but a new study in the journal Brain Research demonstrates that the effects are likely to be dramatic. It found that birth control pills have structural effects on regions of the brain that govern higher-order cognitive activities, suggesting that a woman on birth control pills may literally not be herself — or is herself, on steroids[i].”

It sabotages women’s intuitions about men
One example of change is how women’s tastes in men can be reversed by hormonal contraceptives to where they are drawn to men who are a bad biological match for them[ii]. This is how it works in simple terms: women are naturally predisposed to be attracted to men who have a different genetic code than their own. It’s a system that ensures that their offspring will have a more robust immune system. However, the Pill makes a woman’s body think it’s pregnant, and that attraction is reversed: they prefer instead men whose genes are like their own. Two things may happen as a result: they won’t like the guy they’re with when they get off birth control, and/or their kids may have surprising immune deficits. Could that be why we see so many autistic and ADHD children? It would be worth a study.