Same-Sex Attracted? Seeking a Cure? UN Might Make That Illegal 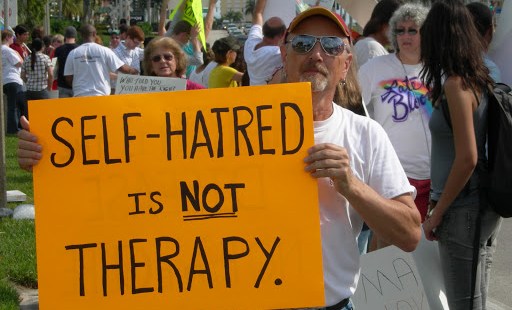 Committee to decide whether sexual orientation counseling is “torture.”

Is therapy for unwanted same-sex attraction “torture?” According to the United Nations’ Committee on Torture, it might soon be classified that way.

The National Center for Lesbian Rights (NCLR) is taking their case all the way to Geneva during this week, seeking to ban so-called “conversion therapy” across the globe. They hope that the Committee on Torture will classify counseling designed to cure unwanted same-sex attraction as “cruel, inhuman, or degrading treatment,” under the United Nations’ Convention on Torture.

Amid the kidnapping of young girls by Boko Haram in Africa and the systematic extermination of religious minorities by ISIS in the Middle East, Samantha Ames, a spokeswoman for the NCLR, believes voluntary sexual “orientation” counseling is a burgeoning human rights crisis.

“Conversion therapy is damaging our human rights record both at home and around the world and creating a crisis the United Nations can and should address this November,” Ames said in a statement. “Persuading the Committee Against Torture to take up the issue of conversion therapy on the international stage has the potential to save the lives of countless LGBT youth in the United States and around the world.”

Samuel Brinton, a member of the delegation from the National Center for Lesbian Rights, claims the counseling he underwent for same-sex attraction was torture. Brinton will make a short presentation to the Committee on Torture as part of a larger block of complaints about the United States’ compliance with international norms.

Christopher Doyle, however, has his doubts about the legitimacy of these complaints. Doyle serves as the director of the International Healing Foundation and is a licensed professional counselor who helps those seeking relief from unwanted same-sex attraction.

“Brinton’s testimony has been discredited,” Doyle told Aleteia. “Even LGBT activist Wayne Besen has said he needs to come out with verifiable details before his story of ‘torture’ can be proven. But he hasn’t done this, and the NCLR is using him (a very troubled young man) to push their agenda.”

“If they were truly concerned about homosexual youth being abused, they would use legitimate, certified stories of youth who have been hurt,” Doyle said. “But they can’t find those stories because they don’t exist. There needs to be a greater level of scrutiny placed on gay activists to verify their unsubstantiated claims. When international policy is at stake, you cannot allow individuals with unverified stories to claim them as fact.”

Previously, the National Center for Lesbian Rights worked to outlaw counseling for minors struggling with same-sex attraction in the state of California in September 2012. New Jersey followed suit in August 2013.

In March, the United Nations’ Special Rapporteur on Torture, Juan Mendez, issued a report condemning therapy for same-sex attracted individuals and calling for a worldwide ban on the practice. The report compared this kind of voluntary counseling to gruesome practices of torture such as forced abortion and sterilization, female genital mutilation, and beating political prisoners.

“Nobody would disagree that torture is something we should stop,” Doyle concluded. “But for gay activists to try to equate torture with ethical psychotherapy that helps individuals who are coming voluntarily for help with same-sex attraction is quite a far reach.”