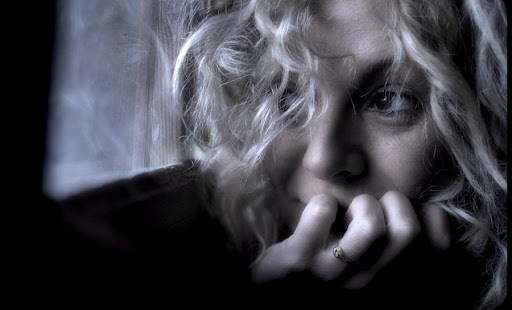 Or is it just wishful thinking?

Is there any phrase that just sets your teeth on edge whenever you hear it? I start grinding my teeth when I hear a sentence that starts with, “Hopefully …”

When someone says, “Hopefully, it won’t rain on the picnic tomorrow,” he really means, “Wouldn’t it be nice if it didn’t rain?” or “I prefer that it not rain.”  But hope—real hope—deserves to be set in a better context than wishful thinking or mere preference. Why do I say that?  Well, let’s bring in some authorities on hope to illustrate my meaning.

Saint Paul writes:  “For in hope we were saved. Now hope that sees for itself is not hope. For who hopes for what one sees? But if we hope for what we do not see, we wait with endurance. “ (Romans 8:24-25)

Okay, so hope has something to do with what is not seen. How is that not wishful thinking? (E.g., “Hopefully, I’ll find a winning lottery ticket under my pillow in the morning.”)

Josef Pieper would tell us that one who truly hopes is caught between the “already” and the “not-yet.” Already, the seed of hope has been planted; the seed of hope has not yet borne its full fruit.  We are painfully in-between, we are, according to Pieper, "in statu viatoris," i.e. “in the state of being on the way.”

He explains:  “The state of being on the way is not to be understood in a primary and literal sense as a designation of place. It refers rather to the innermost structure of created nature. It is the inherent ‘not yet’ of the finite being…. The ‘not yet’ of the status viatoris includes both a negative and a positive element: the absence of fulfillment and the orientation toward fulfillment.”

According to Pieper, the human person by his very nature is a "viator," that is, a wayfarer, or a pilgrim.  He finds himself in the present on the road towards a future he cannot yet see.  A pilgrim is not out for a stroll—he has a destination in mind. It is the unseen, hoped-for destination that sets him on the road, and not mere wanderlust.

This brings us to our next authority, Pope Benedict XVI:  “The one who has hope lives differently; the one who hopes
has been granted the gift of a new life…. Here too we see as a distinguishing mark of Christians the fact that they have a future: it is not that they know the details of what awaits them, but they know in general terms that their life will not end in emptiness. Only when the future is certain as a positive reality does it become possible to live the present as well … trustworthy hope, by virtue of which we can face our present: the present, even if it is arduous, can be lived and accepted if it leads towards a goal, if we can be sure of this goal, and if this goal is great enough to justify the effort of the journey….”

Together—Saint Paul, Josef Pieper, and Pope Benedict—present a map that shows a breadth and depth of hope that reaches far beyond wishful thinking.  Our whole lives, including our brightest times, as well as our darkest pains, can all have meaning in the hopeful viator, in the step-by-step progress of the pilgrim who is called into the future by the invitation of a destination.

No, that’s not quite right.  What draws the Christian pilgrim forward, what separates supernatural virtue of hope from mere wishful thinking (“Hopefully it won’t rain.”) and from secular utopian fantasies (the “Workers’ Paradise” of Marxism) is the call not just of a place but the invitation of a person—Jesus Christ.  Pope Benedict goes on to say that hope “…is a looking-forward in Christ’s presence, with Christ who is present, to the perfecting of his Body, to his definitive coming.”  In other words, Christ Himself is the source and goal of our hope, and He is our companion along the way.  For the Christian pilgrim on the way from this life to the next, Christ is our Present, our Path and our Future.

True Christian hope, then, is not

“Pie in the sky when you die”, as the folk song parodied over 100 years ago.

How might a Christian fail the virtue of hope?  And what does Christian hope lived well look like?  The more obvious way of failing hope is to give up—to stop going forward on the pilgrim’s path. This is despair. It is a false certainty of non-fulfillment.  “Why bother?” is despair’s anthem.

Despair is rooted one of the Seven Deadly Sins, that of acedia—unfortunately translated as “sloth.”  Acedia is not just the laziness that the “sloth” implies.  Saint Thomas Aquinas said that acedia is a “species of sadness.”  It is a sorrow that comes from resenting that sometimes, it’s hard to be good and do good.  Acedia is a self-pity that collapses oneself on the road.

Another way to fail hope is presumption, the mirror opposite of despair.  Presumption is false certainty of fulfillment.  Presumption points to the desired good future and declares, “I’ve already earned it!”  Presumption, like despair (but for different reasons), just stops trying.

Like all things supernatural, hope is a gift and a solemn responsibility.  The worthy response to hope, as Pieper writes in another little gem of a
book, is the virtue of magnanimity.  That is the orientation of the soul towards greatness (its fulfillment in God) and a striving to become worthy of the greatness God intends for it.  Magnanimity is the antidote for acedia.

Again, we can turn to Pieper for guidance:  “The “not yet” of the status viatoris includes both a negative and a positive element: the absence of fulfillment and the orientation toward fulfillment.”  That orientation and momentum towards fulfillment is the work of magnanimity.

First, let’s admit that life in a fallen world is always hard, and that fact must not stop us. (Winston Churchill:  “When you’re going through hell—keep going!”)  Next, let’s get free from unnecessary burdens (e.g., sin, self-pity and distractions).  Then, let’s bring our whole self to Christ.  We need to turn daily to Christ our Companion, our Path and our Goal and cry out, “Christ is with me!  And I am for Him!” And be sure, be very sure, that nothing less than an eternity with Christ will give you the joy for which you were made.

Hope, then, is not wishful thinking or “hopeful” feelings.  It is not a plan based on a calculation of risks/benefits.  It is not a confident prediction.  Hope is a choice—it is a choice to show up and make
oneself available to a good future that one does not yet possess, but its promise has begun to possess us.  Hope is a way of proceeding.  It is a choice to walk with and along Christ to the fullness that only Christ can offer.

Begin and end each day with the most famous prayer (the “
Suscipe”) of the saint who referred to himself as, “the Pilgrim,” Ignatius Loyola:

“Take, O Lord, and receive my entire liberty, my memory, my understanding and my whole will. All that I am and all that I possess, Thou hast given me: I surrender it all to Thee to be disposed of according to Thy will. Give me only Thy love and Thy grace; with these I will be rich enough and will desire nothing more. Amen.”

When I write next, I will address the topic, “God Doesn’t Care About Your Self-Esteem.”  Until then, let’s keep each other in prayer.


Father Robert McTeigue, S.J.
is a member of the Maryland Province of the Society of Jesus. A professor of philosophy and theology, he has long experience in spiritual direction, retreat ministry, and religious formation. He teaches philosophy at Ave Maria University in Ave Maria, FL, and is known for his classes in both Rhetoric and in Medical Ethics.