Bishops Eye Changes to Ethics Guide in Age of Obamacare 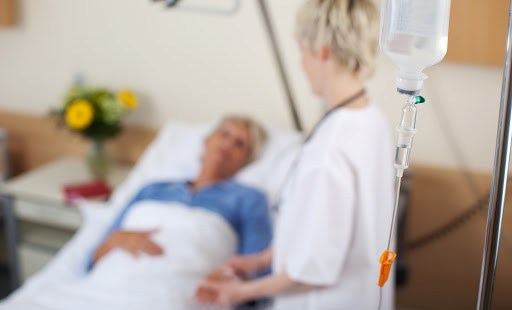 The shifting health care landscape may prompt a review of guidelines on forming new partnerships.

As the health care industry has increasingly consolidated over the last 10 years, Catholic health care has gotten caught up in that wave, especially in the wake of Obamacare. The move by the government to federalize all of health care is forcing health systems to become much larger than they have been.

And that is forcing the U.S. Conference of Catholic Bishops to go back and rework the section of their Ethical and Religious Directives for Catholic Health Care Services on forming new partnerships with health care organizations and providers.

The Ethical and Religious Directives is a document reaffirming, in the words of the USCCB, the "ethical standards of behavior in health care that flow from the Church’s teaching about the dignity of the human person; second, to provide authoritative guidance on certain moral issues that face Catholic health care today."

At their annual Fall meeting in Baltimore this week, the bishops voted to send this document to committee and revise it to better work in today’s environment.

According to the Washington Times, Bishop William Murphy of Rockville Centre, New York, told the gathering, “Twenty years ago we were talking about cooperation. Today we are involved in such things as buying physicians’ practices, [and] different groups are looking at what we’re doing and who we can work with in insurance coverage.” And that is the entire issue in a nutshell.

Mergers that take place among Catholic health care systems, like the one that recently took place in Chicago between the six-hospital Provena system and the equally-sized Resurrection system, cause no problem at all.

But when Catholic systems like Ascension or Providence begin to buy up secular hospitals or vice-versa, that’s when the issues get sticky. And since 11 of the 31 largest non-profit health systems in the country are Catholic or Catholic-related, and since health care is being consolidated at a faster pace, that means those questions are going to come up more often.

As Catholic health systems have moved in on secular health systems, the secular world has reacted with alarm. There’s even a website called MergerWatch.org that reports on what’s going in the Catholic health care world. It recently teamed up with the ACLU to produce a report titled, “Miscarriage of Medicine: The Growth of Catholic Hospitals and the Threat to Reproductive Health Care.” Mother Jones magazine, the New York Times, NPR, Al Jazeera and ProPublica have also taken note of Catholic "incursions" into secular health care. Their concern: that as Catholic health systems buy up small hospitals in rural areas to help keep those facilities afloat in the time of Obamacare, those rural areas won’t have access to “reproductive health care,” i.e. abortion, sterilization and contraception.

But the smaller hospitals and health systems have little choice but to be bought up, according to Dr. John Brehany, the former executive director of the Catholic Medical Association. He told Aleteia that Obamacare has brought on such administrative burdens that physician group practices can’t handle, for instance, the requirements for checking against Medicare fraud and abuse. Prior to the new law, physicians had 15 days to submit their claims to the government, which allowed them time to make corrections to their coding. But that 15-day period has been completely eliminated, meaning practitioners need to buy software to make sure they get it right. But that kind of specialized software is expensive, and so are the lawyers they need to defend themselves when mistakes are made, making complying with that requirement completely unaffordable.