Marriage: Male and Female He Created Them 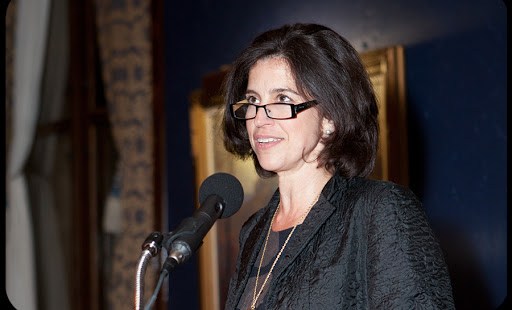 An interview with Dr. Helen Alvare, Communications Liaison Officer for Vatican Colloquium on the Complementarity of Man and Woman in Marriage

What is the essence, beauty, and wisdom of marriage, as willed by the Creator? And how, in today’s world, may we come to perceive, esteem and promote the complementarity of man and woman in that unique and sacred union that lay at the very heart of life and civilization?

These and other questions will be taken up at an an international, interreligious colloquium being held this week in Vatican City. The colloquium is entitled The Complementarity of Man and Woman in Marriage.

The three-day conference, sponsored by the Congregation for the Doctrine of the Faith in cooperation with three other Vatican dicasteries, will feature presenters from 14 religious traditions and 23 countries. Each presenter will speak about how their tradition understands the relationship between man and woman in marriage.

Six professionally produced films will debut, featuring the perspectives and the testimony of women and men, young and old, lay and religious, single and married persons from across the globe.

Cardinal Gerhard Muller, Prefect of the Congregation of the Doctrine of the Faith, will offer opening remarks at the conference’s first morning session on Monday, November 17.

Pope Francis will then deliver an opening address to the conference speakers and some 350 participants.

Aleteia’s Rome correspondent Diane Montagna sat down with Dr. Helen Alvare, Communications Liaison Officer for the Conference, about the origins of the colloquium, its aims, and how the love between man and woman in marriage has a ripple effect that makes a positive difference in the world. Dr. Alvare is a Professor of Law at George Mason University, where she teaches Family Law, and Law and Religion. In the past she has informally assisted the Holy See at the United Nations on issues related to women and the family.

Dr. Alvare, how the did the Humanum conference come about? What was the inspiration for it?

The inspiration was the needs that families have all over the world. You probably know that various Vatican offices have conferences quite regularly. How do they arrive at the topic? They look around the world, as we read in the first lines of Gaudium et Spes, at “the joys and the hopes, the griefs and the anxieties of the men of this age”. And they see that an extraordinarily fundamental thing in the world, the relationship between men and women in marriage, is in the Pope’s words, “in crisis.”

Because it is a worldwide problem, crossing countries and religions, they decided to have a worldwide conversation, and to have 14  religions and 23 countries speaking – and far more than that among the 350 participants – to try to get at the beauty of this relationship between the man and the woman, and how it forms part of the divine plan. Throughout the Church’s history, but most particularly through Pope John Paul II, Pope Benedict, and Pope Francis, we have popes addressing the family as an icon of God, as a key to understanding the meaning of love and life, but people in their ordinary lives have not enough taken this in, been inspired, and taken hope from it.

Therefore we’re struggling to close that gap with what the synod Relatio said was new language that meets human beings where they are. You’re going to see that what these offices hoped for is present in these talks. There’s all kinds of language coming from people’s experience, from a variety of religions with their own insights, that are going to help everybody – academics, ordinary couples, young people – with words to grasp what is beautiful, and I would say doable, as well as what is divine about their relationships.

Why now? What is the importance of having this particular conference on the complementarity of man and woman now?