May a Priest Violate the Seal of the Confessional in Order to Save a Life? 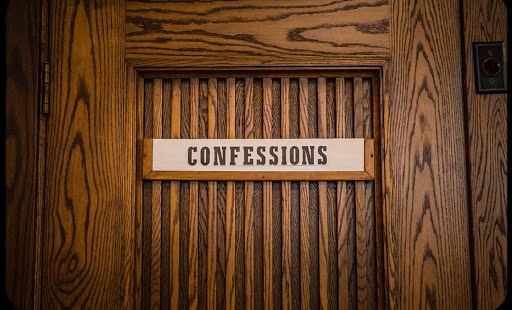 An interview with Cardinal Mauro Piacenza, Major Penitentiary of the Vatican

Approximately 200 confessors participated in a congress that took place this November 12-13 at the Palace of the Roman Chancery, organized by the Apostolic Penitentiary, regarding the seal of confession and pastoral privacy.  For this occasion, Aleteia interviewed Cardinal Mauro Piacenza, Major Penitentiary of the Vatican.

Cardinal Piacenza confirms that these are very relevant topics in a society where the media play such a large role, considering the need to protect the privacy of people to turn to the Church. Privacy becomes a “caring and attentive gesture to protect souls” in the face of the fad of wanting to know everything about other people by using the internet, such as examining their profile on a social network.

Privacy as a value
In this context, Piacenza draws attention to an “excessive media explosion” that threatens people and their values, and he affirms that in the Church, “privacy is important.”

“The human person should have an environment or a place in which one can be oneself and not what others expect one to be.” For this reason, “we want to protect very important ‘goods’ through privacy and confidentiality” in order to “protect the good name, the reputation or the rights of individuals and of groups,” he explains.

“It is a fundamental task of the priest to defend and preserve the intimacy of the person as a vital space for protecting one’s personality, as well as one’s feelings,” he clarifies.

And, he indicates that in the specific case of a pastor, to give a concrete example, “he offers a service of material and spiritual assistance” and is obliged to defend the “private interior life” of the people who visit the parish or the church.

Along these lines, the cardinal highlights that “the purpose of secrecy, sacramental or not sacramental” is to defend “the private interior life of the person, which consists in protecting the presence of God inside each human being.”

And he quotes St. Augustine to uphold the great value of private interior life: “God is superior summo meo et interior intimo meo (God is above what is highest in me and is deeper inside me than my own interior).”

The cardinal warns that for the Church, whoever violates “a person’s private interior life” commits an “act of injustice” which also contradicts the spirit of religion. In this sense, he confirms that the congress is an answer to this need for dialogue with today’s world.

No. The seal is absolute and inviolable I am obliged to maintain confidentiality regarding everything that is said to me.  The penitent does not speak to the priest as a man; rather, he or she speaks to God. The confessor does not even know what he has felt, because as a man he does not know what he has heard.

What is said in confession is directed to the Good Shepherd. According to the classic doctrine the confessor is forbidden to cultivate any memory of what he has heard. If, in some moment, it comes to mind, he should reject it, as he would reject any other illicit or evil thought.

What are the consequences foreseen in canon law for a priest who violates the seal of confession?

Excommunication.  It is a very serious punishment. Breaking the seal of confession means betraying a person’s conversation with God.  A violation may be direct or indirect. In the latter case, it is as if the priest were to make an allusion to other people about something that someone said in confession.

Are there priests who have lost their lives to maintain the seal of confession?

In totalitarian regimes, and with the complicity of some laws, there has been a desire to violate the strength of the seal of confession