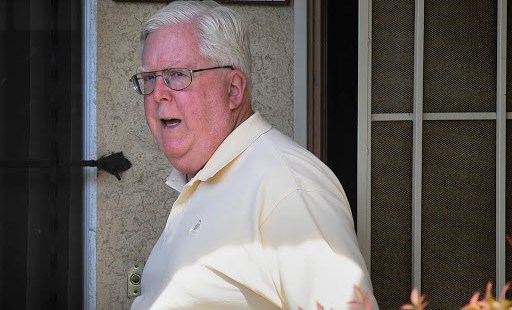 A priest from the Archdiocese of Los Angeles has been exonerated by the Vatican of charges that he molested a teenage boy while he was a seminarian.

Monsignor Richard Loomis, 68, was accused in a 2003 lawsuit of sexually violating a teenager between 1969 and 1971 while he was teaching at Pater Noster High School in L.A. The suit was settled in 2007, but he always maintained his innocence. Another accusation against him was made in 1974, two years before he was ordained, but that was never upheld.

Since the accusation came in 2003, just a year after the U.S. bishops adopted the Charter for the Protection of Children and Young People and the Essential Norms that implement the Charter, Msgr. Loomis was immediately placed on leave, his faculties suspended and a canonical case against him was begun. That case was sent to the Congregation for the Doctrine of the Faith, which took upon itself all the cases involving clergy sex abuse.

But this accusation fell on an official of high rank in L.A., since Msgr. Loomis was at the time the Vicar for Clergy and was himself handling all the various cases of clergy sex abuse in the country’s largest diocese.

For 10 years, there had been no word about the status of his case until the archdiocese announced that, “after ten years of exhaustive investigation and canonical trial, a tribunal of the Holy See has definitively determined and ruled that no allegations of sexual misconduct of any kind alleged against Monsignor Richard Loomis have been proven. Monsignor Loomis has always professed his innocence of these accusations."

“Now that the allegations against him have been conclusively resolved, Canon Law provides that the temporary restrictions on Monsignor Loomis’ public exercise of his priesthood have ceased.”

The L.A. Archdiocese did not provide any contact information for Msgr. Loomis. But the priest said in an emailed statement to the the Associated Press on Wednesday that his exoneration was a "vindication not only for me, but for the priesthood" and thanked God and everyone who had prayed for him over the past decade."We are often urged to pray for victims of abuse. That is a good thing to do," he wrote. "We should say a prayer, too, for priests falsely accused of abuse. They bear a terrible burden for a crime they did not commit."The 58-year-old man who was the alleged victim of abuse at the hands of Msgr. Loomis told the Associated Press he was never contacted as the Vatican examined the case.

"They never contacted me for anything. It just infuriates me," said the man, who spoke to the AP on condition of anonymity.
Msgr. Loomis is a rare case, so rare in fact, that the man who heads up the group Opus Bono Sacerdotii (Work for the Good of Priests) called it a landmark case. Joe Maher co-founded Opus Bono in April of 2002, shortly after the Boston Globe ran stories on the cover-up of priestly sexual abuse in the Archdiocese of Boston, to directly help priests who were in any kind of legal, financial or personal trouble. By 2010, they had been contacted by 10,000 priests, or about three priests every day. After that, he said, they stopped counting, though he estimates they’re still receiving calls at about the same level.

What usually happens in cases like Msgr. Loomis’s, Maher said, is that the priest is accused, removed from whatever office he is fulfilling, his faculties are suspended and then he’s on his own. If there’s a civil lawsuit, that is usually allowed to run its course before any action is taken on a canonical level.

According to Maher, in the civil suit, the insurance companies put pressure on the diocese to settle because they don’t like paying out claims and, even though a diocese will make a disclaimer that the settlement is not an admission of guilt, the presumption in the public’s mind is that it is.