Priests for Life, College to Appeal to Supreme Court on Contraception Mandate Case 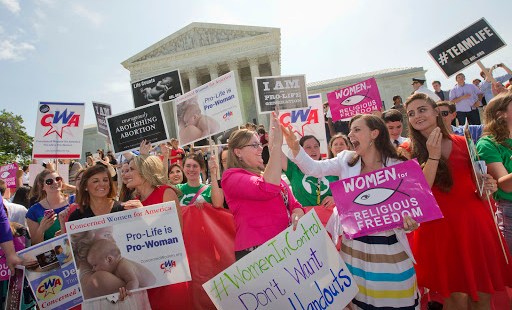 Court says religious groups can opt out with a two-page form.

WASHINGTON (AP) — Priests For Life, Thomas Aquinas College and the Archdiocese of Washington are among the plaintiffs who lost a challenge to the Affordable Care Act’s "contraception mandate" Friday.

A federal appeals court on upheld a path devised by the Obama administration that allows religious nonprofit groups to avoid paying for contraception under the president’s health care law.

In a 3-0 decision, the U.S. Court of Appeals for the District of Columbia Circuit rejected a challenge by the groups, which claimed that the accommodation still imposes a substantial burden on their expression of religion.

"The ruling makes an offensive distinction between the Church and its ministries of service," said a statement issued by the Archdiocese of Washington. "It specifically classifies the services provided by Catholic hospitals, clinics, universities, schools and social service ministries as ‘not inherently religious,’ and thus disqualified for inclusion in the mandate’s exemption for ‘houses of worship.’ In other words, the Court holds that although churches should not be required to facilitate access to morally offensive products and procedures for their employees, church-affiliated ministries are not ‘religious enough’ to qualify for the very same exemption.

"It is precisely because of Catholic teaching that Catholic entities have provided compassionate service, care, and healing in this local community for more than 150 years," the statement continued. "This includes Catholic Charities of the Archdiocese of Washington, the largest private social service provider in this region.  The Catholic Church maintains its commitment to affordable, quality health care. Instead of advancing that goal, the HHS mandate violates the U.S. Constitution and the Religious Freedom Restoration Act by seeking to force the archdiocese and its affiliated ministries to cooperate in the delivery of morally objectionable products and procedures. We remain undeterred in our commitment and determination to serve others freely in accordance with our faith."

The archdiocese said it would decided on "next steps in the aftermath of the court’s ruling."

Priests for Life issued a fund-raising appeal Friday afternoon saying it would bring the case to the U.S. Supreme Court.

And Thomas Aquinas College president Michael F. McLean said, “We disagree with the opinion of the D.C. Court of Appeals in our challenge to the HHS contraceptive mandate, and we will be appealing it to the United States Supreme Court. We look forward to vindicating our religious liberty rights there.”

The Affordable Care Act requires that women covered by group health plans be able to acquire Food and Drug Administration-approved contraceptive methods at no additional cost. In response to an outcry from religious groups, the government devised the accommodation, but the groups continued to oppose the regulations.

The religious groups argued that the notice to insurance companies requesting the accommodation is a trigger that will result in the government hijacking their health plans and using them as conduits for providing contraceptive coverage to their employees and students.

The appeals court said that all the religious groups must do to opt out is to "express what they believe and seek what they want" via a letter or two-page form.

"That bit of paperwork is more straight-forward and minimal than many that are staples of nonprofit organizations’ compliance with law in the modern administrative state," wrote appeals judge Cornelia Pillard, who was nominated by President Barack Obama.

"Religious nonprofits that opt out are excused from playing any role in the provision of contraceptive services, and they remain free to condemn contraception in the clearest terms," she added.

The other judges in the case were Judith Rogers, an appointee of President Bill Clinton, and Robert Wilkins, an Obama appointee.

Friday’s decision follows a Supreme Court ruling that some companies with religious objections can avoid the contraceptive requirement in Obama’s health care law. The justices left in place lower court rulings in favor of businesses that object to covering all methods of government-approved contraception. The Supreme Court ruling marks the first time the high court has declared that businesses can hold religious views under federal law.