The Sad Reason Anthony Bourdain Was Filming in My Hometown 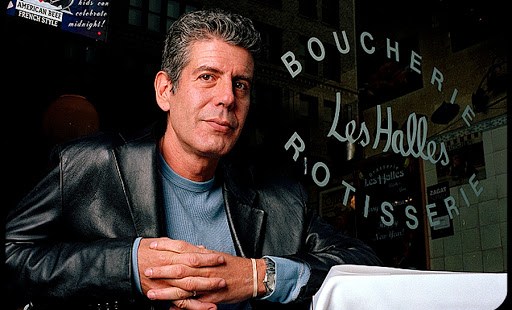 America’s heroin epidemic—and what lies beneath it

This past weekend, while visiting family in Greenfield, Massachusetts, I saw on the front page of the local paper a picture of CNN’s globetrotting chef Anthony Bourdain standing in a bar down the street, half-smiling for the camera. Strange, I thought – he must be doing a book-signing, or maybe just passing through on his way to somewhere else.

Then, to my surprise, I read in the caption below that he was in Greenfield to film a new episode of “Parts Unknown” about Massachusetts. Wasn’t this the guy that traveled to exotic locations all around the world? What could possibly bring him to film in this sleepy, dusty little corner of Western Massachusetts known for its pleasant (but typical) New England scenery and history?

The answer made my heart sink.

That night, exhausted from the trip back, I forced myself awake to watch Bourdain’s heartbreaking glimpse into the heroin epidemic overtaking the area. All of our little local haunts – the sleepy breakfast spot across the river, the decimated paper mill behind it, the artsy microbrewery across town – were suddenly the face of America’s rapid and quiet descent into heroin addiction.

I don’t take it personally that Bourdain chose my town, and I don’t think most of us that come from that area do – because it’s a statewide problem. In March 2014, Gov. Deval Patrick declared a public health emergency in the Commonwealth after it was reported that more than 185 people died of heroin overdoses in the state in just four months.

In fact, you could put on a blindfold, randomly point at a map of the US, and get similar results in almost any other state. Western Massachusetts’ heroin addiction – in large part a byproduct of OxyContin and prescription pain pill addiction – is a national problem.

What’s behind it all? How do we stop it?

Bourdain looks at economic hardship, big pharma, and other assorted factors – but it’s in the show’s conclusion that he really gets at the heart of the matter:

“Maybe now, now that it’s really come home to roost – now that it’s the high school quarterback, your next-door neighbor, your son, your daughter, now that grandma is just as likely to be a junkie as anybody else – we’ll accept that there has never been a real ‘War on Drugs.’ ‘War on Drugs’ implies an ‘us’ versus ‘them.’ And all over this part of America, people are learning there is no ‘them,’ there is only ‘us.’”

There is only us – and we’re at war with ourselves. But why?

The irony is that Massachusetts is one of the most progressive states in the nation, a self-styled beacon of Enlightenment rationality, responsibility, and human flourishing. So why this growing darkness of hopelessness, addiction, and tragic overdoses? Where does it come from?

Sociopolitical prattle can only dig so deep in response. Government measures, social mitigation, and the whole network of secondary causes from corporate abuse to educational failures do little to address the real question, which is really startlingly simple: why are people turning to drugs in the first place?

Novelist Walker Percy knew it was no big mystery and not worth overcomplicating with statistics and trends. In the classic self-help satire Lost in the Cosmos, he frames the question this way:

Why do so many teenagers, and younger people, turn to drugs?

(a) Because of peer-group pressure, failure of communication, psychological dysfunction, rebellion against parents, and decline of religious values.

(b) Because life is difficult, boring, disappointing, and unhappy, and drugs make you feel good.

Percy stares the problem right in the face and names it.