Where Are Our Young People Going? 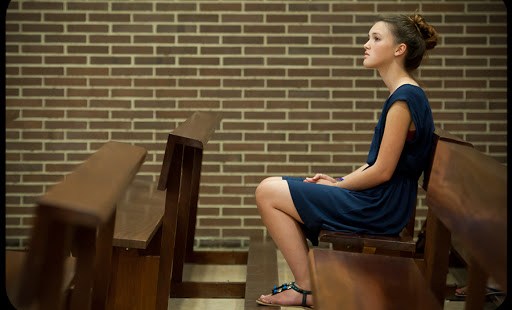 A disturbingly high proportion of young sometime-Catholics in the United States are walking away from the faith.

During the 10:30 Mass in my parish a couple of Sundays ago 32 boys and girls stood in front of the altar, faced the congregation, and formally affirmed their desire to be confirmed. It was part of the preparation for administering the sacrament next spring, and for many of us in that church it was a moving moment.

But the occasion was darkened for me by something I’d read just a few days earlier. If those 32 young people conform to the national averages, fewer than half of them will be practicing Catholics 10 years from now.

According to Notre Dame sociologist Christian Smith and colleagues, only 7% of the sometime-Catholic young adults who were part of a largescale study they conducted several years ago were still practicing Catholics. Another 27% had plainly dropped out of the Church, while the rest reflected varying degrees of disengagement from their religion.

The picture was not a whole lot brighter even where the offspring of solidly Catholic parents were concerned. As one reviewer of Young Catholic America (Oxford University Press) by Smith and his associates put it, “even if you do everything right, the odds are way less than 50-50 that you’ll see your children turn out as Catholic as you are.”

These troubling findings coincide with mountains of anecdotal evidence to the same effect: a disturbingly high proportion of young sometime-Catholics in the United States and countries like it are walking away from the faith. Yes, there are plenty of young Catholics who are a credit to their families and their Church. The problem isn’t with them but with the very large number who to all intents and purposes have given up on their religion.

This is a crisis that deserves pondering as we try to make sense of last month’s world synod of bishops in Rome. The synod, which was itself a logical place for such pondering, seems to have spent its time talking about something else.
The gathering was billed in advance as a meeting on marriage and family life, including, one would suppose, the challenge of transmitting the faith to young people in an increasingly hostile secular environment. What we seem to have gotten instead was a heated discussion in which participants debated what the Church could and couldn’t appropriately do to reach out to cohabiting couples, divorced and remarried Catholics whose first marriages haven’t been annulled, and people in same-sex relationships.

No one questions that reaching out to these people is a good thing to do. The issue for the synod, it seems, was how to do it without seeming to approve their current situations—as, for example, by offering them holy communion. The bishops gathered in Rome with the Pope presiding apparently found it surprisingly difficult to answer that question.

But what does the synod have to say about the rest of us? What about kids like those 32 in my parish and the good Catholic parents who can’t help but worry as their youngsters move into a future in which their religious allegiance will be sorely tested? Mightn’t a synod on marriage and the family at least have given them equal time with cohabiting couples, the divorced and remarried, and people in same-sex unions?

There will be a second synod on marriage and family in October next year. Maybe the cardinals, archbishops, and bishops who convene then under the Pope will recoup. Those kids in my parish—and all the others like them in parishes around the world—deserve as much.