Who’s Behind the Program to Sterilize Kenyan Women Without Their Consent? 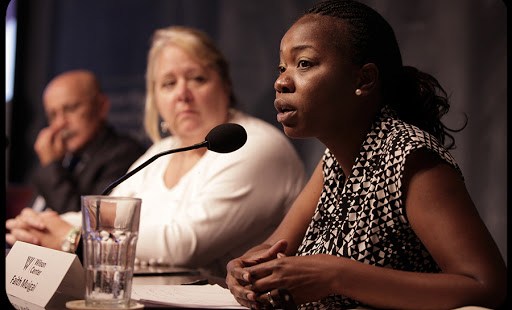 27 Kenyan bishops have an idea.

In Paul Ehrlich’s crude fantasy, "The Population Bomb," "compulsory birth regulation" was to be achieved by polluting the water supply with "mass sterilizing agents." But more sophisticated population controllers dreamed of a contraceptive vaccine that would, with the stick of a needle, sterilize women for years, or a lifetime.

This dream became a reality in the early 1990s, when researchers learned that mixing human chorionic gonadotropin (beta-HCG) with tetanus toxoid resulted in a vaccine that not only protected women against tetanus but, when given in a series, could be used to render them infertile as well. Trials showed that two vaccinations, or even three, were insufficient. To trick a woman’s immune system into successfully attacked her own beta-HCG – the pregnancy hormone without which any babies she conceived could not survive – a series of five injections was required.

There was only one problem: most women in the developing world would not voluntarily submit to be vaccinated against pregnancy. They regarded their fertility as a gift, and children as a blessing. So the population controllers at the United Nations – for the good of humanity of course – apparently came up with a plan.

They would carry out "tetanus vaccination campaigns" among young women in developing countries without informing them that they were being vaccinated against pregnancy at the same time. Such campaigns were reportedly carried out in Mexico in 1993, the Philippines and Nicaragua in 1994, and in Peru the following year.

In each case the campaigns were dogged by controversy. Local doctors raised questions about why it was necessary to give a series of five vaccinations against tetanus at six-month intervals rather than the usual two or three. They also observed that women who had been vaccinated miscarried in large numbers or were unable to conceive at all. Finally, tests carried out by Catholic doctors in Peru and the Philippines showed that the World Health Organization (WHO) vaccines were tainted with beta-HCG, results that the WHO brushed off as accidental contamination.

Now the same UN agencies are back, carrying out the same kind of vaccination program on the young women of Kenya. But this time the Kenyan Catholic Medical Association, and the Kenya Conference of Catholic Bishops are calling them out. A statement, signed by all 27 Kenyan bishops, condemns the WHO/UNICEF tetanus vaccination campaign because they “are convinced that it is indeed a disguised population control program.” Here is what the bishops say:

Dear Kenyans, due to the direction the debate on the ongoing Tetanus Vaccine campaign in Kenya is taking, We, the Catholic Bishops, in fulfilling our prophetic role, wish to restate our position as follows: