After John Paul II, Does the Church Need a New Feminism? 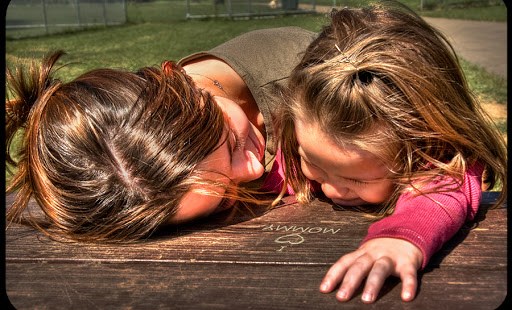 It depends and Solzhenitsyn (!) may have helped point the way

In the years following Pope St. John Paul II’s Mulieris Dignitatem, there were calls for a “new feminism,” and even for a “Christian feminism.” This proposal is an interesting one and involves two distinct parts: first, a rejection of the “mainline” feminism embodied in Betty Friedan, Gloria Steinem, and their contemporaries; second, an articulation of a new or corrective set of principles that express a positive and normative vision of woman and her vocations in nature and in grace.

I have always been on board with the first part – rejection of ‘mainline’ feminism. Even when I was in high school  – right after Mulieris Dignitatem was written – I knew that if feminists were for abortion rights, then this sort of feminism could in no way be accepted.

But throughout my life, I’ve been somewhat ambivalent about the second part of the call for a “new feminism,” which proposes to answer feminism with another kind of feminism, as if the only mistake in feminism is to get the ideas about women wrong. Of course mainline feminism does get the ideas wrong, but that is not the only, and maybe not even the most important, difficulty.

There is nothing wrong, of course, with talking about the problems women face. And there is nothing wrong with calling attention to small or large injustices and seeking to remedy them through right action. What is wrong, or at least absurdly discordant, is to attempt to create an entire social movement of women grounded in the concerns of women’s own personal and professional advancement.

This is a critical point. It is not clear that proponents of a “‘new feminism” have thought hard enough about this. Do we need a “new feminism”? “The answer is obviously complex,” as John Paul II said in Centesimus Annus about capitalism (no. 42). If by feminism we mean the patient correction of errors about the nature and vocation of woman, such as what is done in Mulieris, then the answer is emphatically yes. But if by feminism we mean an unhealthy and perverse obsession with our own identity and meaning as women, then the answer must be no.

As I noted last week, in these weeks since the Extraordinary Synod and in anticipation of the General Synod next fall, the Church is engaged, both internally and externally, in wrenching discussions about the most serious issues related to a worldwide crisis in the relationship between man and woman, women and children, men and society, women and the Church. In these conversations, many have called for closer examination of the doctrines and principles that undergird a correct conception of the family – such as the doctrines on male-female complementarity. And I have praised this effort, while aiming to support and participate as much as possible.

But in this dialogue we must not lose sight of what it is that the Church most needs from women. In his Templeton Address in 1983, Alexandr Solzhenitsyn addressed the world with these words:

More than half a century ago, while I was still a child, I recall hearing a number of older people offer the following explanation for the great disasters that had befallen Russia: Men have forgotten God; that’s why all this has happened.

Since then I have spent well-nigh fifty years working on the history of our Revolution; in the process I have read hundreds of books, collected hundreds of personal testimonies, and have already contributed eight volumes of my own toward the effort of clearing away the rubble left by that upheaval. But if I were asked today to formulate as concisely as possible the main cause of the ruinous Revolution that swallowed up some sixty million of our people, I could not put it more accurately than to repeat: Men have forgotten God; that’s why all this has happened.