A Personal Appreciation and Remembrance of Francis Cardinal George 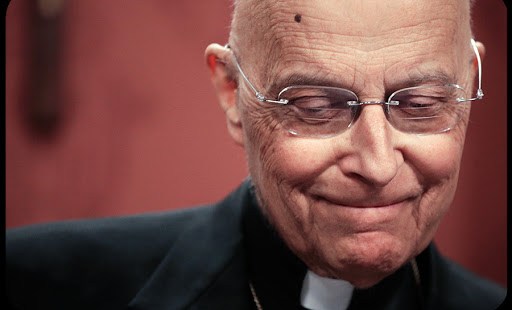 Editor’s Note:  Francis Cardinal George, who died on April 16 after a long bout with cancer, is remembered fondly by his former executive assistant, Mary Hallan Fiorito. This article was published in Aleteia last November after Cardinal George announced his retirement due to illness.

Late in the evening of February 2, 2008, I was fitfully resting in a room at Loyola University Medical Center in Maywood, Illinois, a suburb of Chicago. The evening prior, I had given birth by emergency C-section to a baby girl, delivered six weeks early because of a fluid leak in one of her lungs. On a ventilator and in the NICU, she was being carefully monitored while I was recovering from the surgery. At 10 p.m., a nurse appeared and told me I had a visitor coming up to see me. “What on earth?” I thought. It was a bitterly cold Chicago winter night, with two feet of snow on the ground. “Who would be coming out this late, and in this weather?”

Francis Cardinal George, that’s who. Looking a bit tired from the long day that I knew he’d had, he appeared with a smile and a look of concern. “How are you doing?” he asked, in that familiar, gentle way I had come to know. “How is the baby?” He then went down to the neonatal intensive care unit to bless her. When she was discharged from the hospital two weeks later, her attending nurse told me it was “pretty rare” to see a baby with her condition go home so quickly, and without having to have surgery.

Many have already offered comment on the Cardinal’s legacy: his brilliance as an intellectual and scholar (he holds two Ph.D.’s, one in American Philosophy from Tulane University and an S.T.D. in Ecclesiology from the Pontifical Urban University in Rome), a man of languages (he speaks five) and culture (his weekly columns in the Archdiocesan news media often tackled issues of the day) and a popular author ("The Difference God Makes" and "God in Action"), a sought-after lecturer and public speaker. He loves to engage in debate and discussion, and his Q & A sessions on college campuses always received rave reviews from students, even when they disagreed with him.

While his presence and his prayers that evening almost seven years ago now gave me incredible comfort, those of us who have had the privilege of working with Cardinal George closely know that, as much as we’d like to think he had gone out of his way especially for us, he showed the same kind of genuine concern and care for those whom he did not know or whom he’d never met as he did for the members of his personal staff.

There’s an old “Chicagoanism” often used to describe our political patronage system here, sometimes attributed to the late Mayor Richard J. Daley: “We don’t want to talk to nobody that nobody sent.” Despite being a born-and-bred Chicago Northwest-sider and Cubs fan, Cardinal George talked to virtually anybody that anybody “sent,” viewing each person as a unique gift from God.

Having served as his Vice-Chancellor and then his Executive Assistant, I saw him perform hundreds of acts of kindness for people, some of whom he knew, but many of whom he didn’t—helping an elderly widow pay her rent when she wrote him a letter about her financial struggles and, while on vacation, taking the time to call a young couple whose baby had just been diagnosed with Down Syndrome. When he attended a public event at a hotel, he spent just as much time conversing (often in Spanish) with those on the wait staff who were serving him as he did with the guests who had paid to dine with him.

Over the years, he attended countless wakes and presided at hundreds of funerals, comforting those who were grieving. Speaking on behalf of those who had no voice in the public square, he prayed in front of both an abortion clinic and in front of a government deportation center. As the member of a missionary order, the Oblates of Mary Immaculate, he had traveled to many of the places where the poorest of the poor call home.