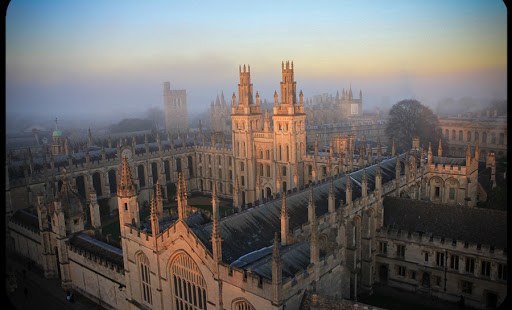 A university debate on whether the prevalence of abortion in modern Britain is bad for the UK has been cancelled by Oxford University authorities, following threats of disruption from feminist pro-abortion groups.

Oxford Students For Life (OSFL) had organized the debate on the motion, “This House Believes Britain’s Abortion Culture Hurts Us All,” to be held in Christ Church College. The event was advertised with the blurb, “Last year in Britain, over 185,000 abortions were carried out. What does this say about our national culture? Is it a sign of equality, or does it suggest we treat human life carelessly?”

The debate, due to have taken place Tuesday in the 16th-century college’s Blue Boar lecture theater, was advertised on Facebook, where a protest group was established, with members of Oxford University Student Union’s Women’s Campaign (OUSU WomCam) writing, “We thought we should go and say hi! Bring your friends, and if want take along some non-destructive but oh so disruptive instruments to help demonstrate to the anti-choicers just what we think of their ‘debate.’”

The Oxford Student reports how one student, taking issue with the fact that both speakers invited to the debate were men, commented, “They will never have to directly experience an abortion and so are speaking for a group of people they do not represent. Another example of decisions about women’s bodies being outsourced to men…”

More formally, OUSU WomCam released a statement, condemning OSFL for holding the debate, which they asked to be cancelled. “It is absurd to think we should be listening to two cisgender men debate about what people with uteruses should be doing with their bodies,” the statement said. “By only giving a platform to these men, OSFL are participating in a culture where reproductive rights are limited and policed by people who will never experience needing an abortion.”

Calling for an apology, WomCam said it supported a “disruptive protest,” if the event took place, and also supported “those within Christ Church who are working to stop the event going ahead.”

The decision to invite historian Tim Stanley and commentator Brendan O’Neill was defended by OSFL Vice-President Amy Owens, who told Aleteia, “We invited Tim and Brendan to debate as prominent social commentators who have expressed their pro-life and pro-choice views strongly in public, on a motion that called for the discussion of abortion as a social issue, rather than — directly — as an ethical or legal problem.”

Indeed, Stanley was to have begun his speech, subsequently published in the Catholic Herald, by making this very point, opening by saying he was not in Oxford to debate whether or not abortion should be legal, but the specific question of “whether or not the abortion culture harms Britain.” He defined “abortion culture” as “a culture in which abortion is used so often that it begins to look like it’s being treated as a regular form of contraception (which the numbers suggest) and in which there is a widespread view that it is a right, carries no risks and in fact represents some kind of liberation for the women for whom it is available.”

Such an “abortion culture,” he argued, “actually makes certain injustices in our society worse,” adding that “anyone who truly cares about the freedom and rights of women – and that is all of us – has to be prepared to look again at the evidence of what abortion on demand does to us,” and to be ready to consider how “silence on its effects harms certain minority groups.”

Supporting the right of men like Stanley and O’Neill to discuss the wider effects of abortion, Molly Gurdon, last year’s OSFL president, told Aleteia that, “Abortion is a women’s issue, but it’s not just a women’s issue. This is exactly what the motion of the debate was about. If you believe, as I do, that unborn children are human beings worthy of protection, it’s a human rights issue.”

“But even if this was only about women’s bodies,” she continued, “it’s absurd to suggest that only those directly involved in an issue have the right so much as to speak about it. Conflating the freedom to debate a matter and the power to decide it is a blinkered and unreasonable approach to moral discussion.”

The Christ Church Junior Common Room asked that Christ Church reconsider its willingness to host the debate, citing “mental and physical security issues,” and the college agreed, saying that, “there was insufficient time between today and tomorrow to address some concerns they had about the meeting.” OSFL attempts to find an alternative venue ultimately proved futile, and the debate was finally cancelled late on Tuesday afternoon. “We only expected to have the same rights of expression as any other Oxford student society,” OSFL said in a statement announcing the cancellation, adding, “and we’re sorry that scare tactics proved successful.”

Madeleine Teahan, associate editor of the Catholic Herald, described as “bitterly ironic” the fact that “the university that gave us Thatcher and Gladstone is surrendering to a mob mentality devoid of tolerance and critical reasoning,” while Barrister Neil Addison told the Catholic Herald that the college’s decision was “an unlawful decision under the Education No 2 Act 1986, which guarantees freedom of speech in universities.” Addison, director of the Thomas More Legal Centre, explained that the college authorities were “simply giving in to criminal intimidation.”

“If there were concerns,” he added, “then the police should have been informed to prevent intimidation of the debate.”

In their statement, OSFL thanked Stanley and O’Neil for their patience, and also said they were grateful for “many messages of support from those on both sides of the issue.” Ann Furedi, chief executive of BPAS – the British Pregnancy Advisory Service – Britain’s largest abortion provider, was singled out as someone who had “personally expressed her solidarity with OSFL,” saying that the society ought to have been able to hold the debate.