Bishops Endorse Ex-Episcopalian and Champion of the Poor Fr. Paul Wattson for Sainthood 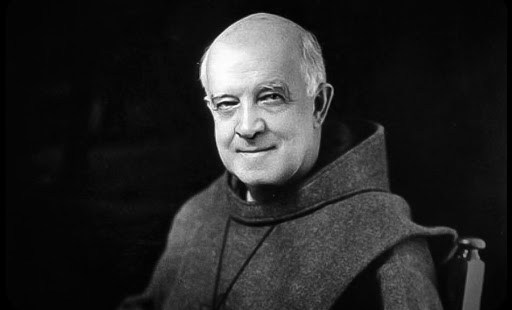 Father Wattson made unity of Anglican and Catholic Churches a crusade.

Grace works in strange ways. The path to sainthood of Fr. Paul Wattson, whose cause for beatification was endorsed by the U.S. Conference of Catholics Bishops last week, may have begun with a practical joke one fateful day in 1844.

On that day Wattson’s father, Joseph Wattson, was kicked out of an Anglican seminary for joking that he was secretly a Jesuit.

The General Theological Seminary in New York City was cracking down on anything that smacked of  “Popery,” including the reading of the extremely popular tracts of John Henry Newman, which called for a return to the more liturgical traditions of the past.

When the elder Wattson suggested in jest that he was perhaps a “Jesuit in disguise,” he was expelled and, his career options now limited, consigned to life as a poor rural preacher.

According to Catholicism.org, Wattson’s father was fond of telling the story to his sons.  Perhaps it instilled a desire for reconciliation within his son, because throughout his life, Father Wattson, born Lewis Thomas Wattson  in 1863, never wavered from his desire to join reunite the Episcopal. and Anglican Church to the Catholic Church of Rome.

Young Wattson went on to become an Episcopal minister himself,  immensely popular and known for his stirring, Spirit-filled homilies.  A look at the titles in his parish bulletin, “The Pulpit of the Cross,” would make his eventual conversion to Catholicism unsurpising to the reader: “The Doctrine of the Real Presence,” “Extreme Unction,” “The Forgiveness of Sins,” “The Sacrifice of the Mass,” and “Confirmation.”

His devotion to Franciscan spirituality, marked by compassion for the poor and the living of a simple life, led him in 1898 to found the Society of Atonement, a Franciscan religious community within the Episcopal Church.

Wattson picked the name of his community in part for its double entendre — At-One-Ment — which emphasized the community’s desire for a reunification of the Anglican and Catholic Churches.

Father Wattson preached continually on his crusade for unity, until on, on September 10, 1901, invited to talk before a group of Episopalian priests on Long Island, he finally tried the patience of the Episcopal Church.

According to Catholicism.org, “He had been requested to preach on ‘The Spirit of the Missions.’ Basing his talk on the success of English missionaries before Henry VIII broke from Rome, and the abysmal failure of them after the revolt, he begged his audience (all Episcopalian clergymen!) to work towards his beloved ‘corporate reunion’ with Rome under the Holy Father as Vicar of Christ. As the congregation grew more and more tense, a presbyter from the North of Ireland approached the Archdeacon and demanded that he ‘stop that man from preaching such popery!’ The talk was ended, and so was Father Paul’s future in the Episcopal Church.”

When in 1909 both the Friars and Sisters of Atonement sought to join the Catholic church, they were accepted as a corporate body – an unprecedented step for Rome.  Father Wattson was ordained in 1910.

While he was still an Anglican, Fr. Wattson published his “Church Unity Octave” in the pages of his magazine , The Lamp, which he founded once Episcopal pulpits were closed to him. It included prayers for the union of all Christians in “the one true Faith and Church” and was later to be adopted by the Catholic Church  and observed each January 18 (since the elimination of the feast of the Chair of Saint Peter in Rome on January 18 in the revamped 1962 Missal, the entire Octave was no longer observed in the Church).

Wattson also founded St. Christopher’s Inn, where he helped homeless and addicted men.  The Franciscan Friars of Atonement continue his work today serving throughout the world, tending to the poor, and those in prisons, hospitals and nursing homes.

Father Wattson died on February 8, 1940 at Graymoor, the monastery of the Society of Atonement in Garrison, New York.