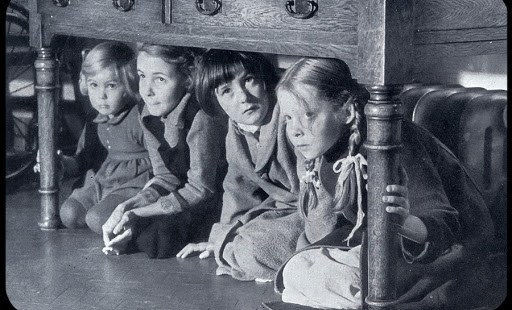 When persecution drew close to their doors, thousands of people were saved in the twentieth century by “Houses of life.” Those human beings, or their children, are alive today thanks to those rescuers who sometimes risked their own lives.

To remember those “Houses of life” and their “rescuers,” the Board of Directors of The International Raoul Wallenberg Foundation asks everyone who might have appropriate information to provide the addresses of homes that served as refuges during the Second World War, armed conflicts or genocides.

Eduardo Eurnekian, the president of the Foundation, emphasizes in a press release that “this call includes not only the Holocaust, but also other conflicts or situations in which many people left aside indifference and showed their solidarity with anyone who was persecuted. One example is that of the Turkish rescuers who helped save the lives of Armenians in the terrible events of 1915.”

Baruch Tenembaum, the institution’s founder, highlights that “this initiative isn’t inspired by any political agenda, nor does it make distinctions based on the motivations of the rescuer; we simply believe that it is important to recognize those human beings who empathize with other people’s misfortune and offer help to those whose freedom or whose very lives are in danger.”

“The Wallenberg Foundation wants to obtain reliable and detailed information about deeds of rescue that took place in the past or are contemporary, including the names of the protagonists (rescuers and the rescued) and the physical details of the rescue site, in case the people saved were housed in a specific place,” clarified the communiqué issued by the institution.

The first “House of life” was acknowledged in a solemn ceremony on November 19, in Florence, Italy. It is the House of the Holy Name of Jesus, of the Franciscan Missionary Sisters of Mary. In 1943, during the Holocaust, the convent offered refuge to 40 Jewish women and children, the majority of whom were not Italian.

Among the people they took in were the two sons of the rabbi of Genova, Ricardo Pacifici, who was murdered in Auschwitz. Since the children were boys and the convent was only for women, the mother superior, Sandra Busnelli, welcomed them with love and then found a refuge for them in a nearby school, the Santa Maria Institute, where they were protected by Mother Marta Folcia. The boys lived there until the liberation of Florence.

The International Raoul Wallenberg Foundation encourages the sharing of trustworthy information about other “Houses of life” whether by e-mail (irwf@irwf.org) or by telephone with the Institute’s various centers: