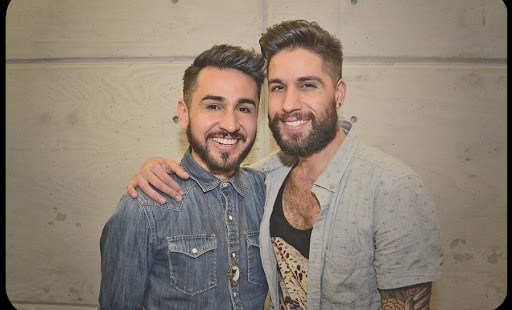 Risks show how misguided are the Human Rights Campaign’s attacks on U.S. bishops and Courage

Last month the LGBT-activist Human Rights Campaign (HRC) carried out its latest campaign – targeting eight Catholic bishops in the U.S. who publicly expressed support for traditional marriage, the Courage apostolate and, in some cases, even quoted the constant teaching of the Church (see CCC nos. 2357 -2359) concerning homosexual conduct and persons with same-sex attraction (SSA). The aim of this Synod-related effort was to push for the acceptance of homosexual conduct and unions by the Catholic Church and to marginalize bishops who spoke out against such conduct and unions.

The demonstrations against these bishops likely had no effect on the Extraordinary Synod or the targeted bishops. The HRC-friendly confusing language on homosexual persons and unions in the interim report was replaced by paragraph 55 in the final, official Relatio, which reverted to Catholic teaching as set forth in the Catechism. Yet, a surprising one-third of the bishops at the Extraordinary Synod (62/180) rejected the approach based on the Catechism and a 2003 statement by the Congregation for the Doctrine of the Faith: “‘There are absolutely no grounds for considering homosexual unions to be in any way similar or even remotely analogous to God’s plan for marriage and family.’ Nevertheless, men and women with a homosexual tendency ought to be received with respect and sensitivity” (no. 55).

It is hoped that during the Synod on the Family that will take place in October 2015, the discussion of homosexual unions will take into account the serious risk factors inherent in the homosexual lifestyle. In fact, an understanding of these physical, emotional and spiritual risks is essential to fostering a charitable, pastoral approach to those with SSA. I use the term “fostering” rather than developing because such an outreach to those with homosexual tendencies and their families has been present internationally in the Church for over 30 years, thanks to the apostolate of Courage International (www.couragerc.net).

1.  One of the most extensive studies of same-sex couples found that only seven of the 156 couples had a completely exclusive sexual relationship and that the majority of relationships lasted less than five years. Couples whose relationship lasted longer than five years incorporated some provision for outside sexual activity in their relationship. The psychologists wrote, “The single most important factor that keeps couples together past the 10-year mark is the lack of possessiveness. … Many couples learn very early in their relationship that ownership of each other sexually can be the greatest internal threat to their staying together” (McWhirter, D. and Mattison, A. 1985. “The Male Couple: How Relationships Develop.” (Upper Saddle River, NJ: Prentice Hall). The risks? Outside sexual activity can expose the partner to sexually-transmitted diseases, and relationship break-up typically gives rise to emotional distress.

3.  A 2011 study analyzed the impact of sexual orientation on suicide mortality in Denmark during the first 12 years after legalization of same-sex registered domestic partnerships (RDPs), using data from death certificates issued between 1990-2001 and Danish census population estimates. This study found that the age-adjusted suicide risk for same-sex RDP men was nearly eight times greater than the suicide risk for men in a heterosexual marriage. (Mathy, R. et al. 2011. “The Association between Relationship Markers of Sexual Orientation and Suicide: Denmark, 1990-2001,” Social Psychiatry and Psychiatric Epidemiology, 46: 111-117)