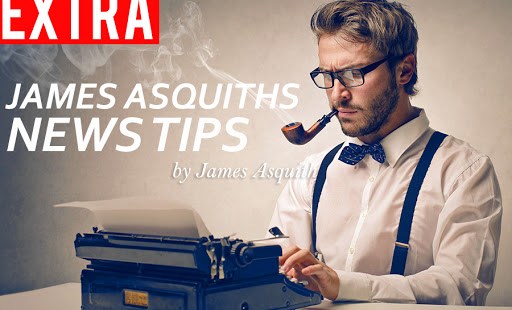 VATICAN CITY
"Europeans are too tempted to throw away lives we don’t see as useful"—Pope Francis tells European Parliament
SCOTTISH CATHOLIC OBSERVER
Pope Francis urges “lonely” and “self-absorbed” Europe to recover its soul
CCEW
“Achieving peace first calls for educating to peace, banishing a culture of conflict aimed at fear of others, marginalizing those who think or live differently than ourselves.”—Pope Francis
VATICAN NEWS
Pope Francis declares unilateral military action as
"state terrorism" referring to those nations operating on the theory that they have
“the right to massacre terrorists, and with the terrorists many innocent people fall.”—(One wonders whether Pope Francis is suggesting that no nation can assume moral authority?)
CATHOLIC CULTURE
"Muslims and Christians must be credible partners in dialogue"—Cardinal Tauran
RADIO VATICANA
NORTH AMERICA
"Burn Ferguson to the ground"
— says Michael Brown’s stepfather
CHRISTIAN NEWS
FBI agents shot in Ferguson
DAILY MAIL LONDON
Driver plows into crowd into Minnesota and drags woman 20 feet under front of car
DAILY MAIL LONDON
Ferguson on fire
SKY NEWS
Ferguson protests nationwide
CNN
Archbishop of St. Louis
calls for peace in Ferguson
RADIO VATICANA
Protests spread across US as
more troops deployed in Ferguson
REUTERS
Christian leaders urge that
racial healing should be led by Church
CBN


Giving thanks for Jewish-Catholic Relations—Thanksgiving is a good time to remember that nearly 50 years ago, in October 1965, everything changed between Jews and Catholics
JE
RECOMMENDED ON ALETEIA
Benjamin Harnwell’s:
Pope at Strasbourg –
"This papal address is a sort of exercise in compositing Benedict-through-Francis, if one may. The result is stunning: seamless continuity with Pope St. John Paul II and the Pope Emeritus. This is a speech that will still be talked about in 20 years. The Holy Father has laid down the blueprint for the next generation."
ALETEIA
Diane Montagna’s piece on the EU hosting Pope Francis –
"I only hope that in this context, EP President Martin Schulz isn’t going to get away with playing the Catholic Church like a Stradivarius.  A real risk, given that people are pretty cynical these days, would be that some of the European Union’s growing unpopularity rubs off, by association, on the Church."
ALETEIA
BRITAIN
Cardinal Vaughan Memorial School in London declared the
best comprehensive school in Britain—(A survey by Britain’s Sunday Times newspaper reveals two additional Catholic schools among the top ten in the country)
CATHOLIC HERALD LONDON
Church of England priest
sacked over extra-marital affair—(While some argue that the sin of ‘"illegal sex" has been an ongoing dilemma of the Church (across the denominations), this response simply isn’t good enough. The prevalence of sexual sin has inflicted untold damage upon the Church and therefore the world and we MUST take comprehensive action to address this, for it has and continues to be a "mighty assault" upon the Church. All Christians, but most especially those who are ordained, need access to education, training and ongoing support on how to address the temptations of the "flesh." Surely successfully overcoming these sins should be the hallmark of the Church!)
DAILY MAIL LONDON
American, 98, and his British wife, 86, are
found shot dead at their home in southern France
DAILY MAIL LONDON


MIDDLE EAST
ISIS destroys convent of the Chaldean Catholic Sisters of the Sacred Heart in Mosul, Iraq
RADIO VATICANA  CATHOLIC  CULTURE ASIA NEWS
ASIA
Indian Catholics bow to Hinduism:
“The Catholic community expresses regret if any community, religion or society was hurt by our community” .. the missionaries also agreed to put up photographs of “Maa Saraswati” the Hindu goddess of knowledge—(Ah yes, our Christ and His Gospel must never offend even if it be the truth and even if our offense brings life. Or at least this is how many would communicate our convictions. Little wonder there are vast wastelands of faltering faith and mediocrity throughout the Church. Let us pray for strong, confident, Christ-inspired leaders who fear the will of God above the will of man).
INDIAN EXPRESS
Malaysian Buddhist chief high priest headed to Vatican City for human trafficking meeting
THE STAR


Pakistan court hands down 26-year sentence to model for appearing in mock TV wedding—(And in Britain we have permitted the introduction of Sharia courts. Is this really what we want?)
DAILY MAIL LONDON


~ ~ ~
THE TIPS BIN
Keep Satanism out of schools
ORLANDO SENTINEL
More skepticism over Biblical accuracy of movie: "Exodus: Gods and Kings"
CH
Are Biblical ‘End Times’ ushering in rise of natural disasters?
CHARISMA
Marine Dad takes stand after daughter gets ‘F’ for refusing Islamic indoctrination
CHARISMA
Think the ‘Emergent Church’ was ineffective? Think again:
"I believe there are more instances of the abridgement of the freedom of the people by gradual and silent encroachments of those in power, than by violent and sudden usurpations."—James Madison
CHRISTIAN POST
Filipino girl who received Christmas shoebox grows up to marry American boy who gave it to her
CHRISTIAN TODAY