Is the “New Feminism” Just the Same Old Selfishness? 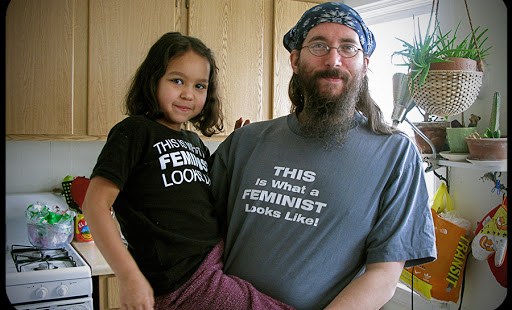 A response to Catherine Ruth Pakaluk

Catherine Ruth Pakaluk is skeptical about the so-called “new feminism.” She doesn’t think Catholics should need their own brand of feminism, or if they do, she insists that its aims should be highly limited. In what follows, I will argue that she has underappreciated the value of the new feminism. A genuinely Catholic exploration of authentic femininity is worth doing, and likely to yield good fruit.

First I should clarify: what is meant by the term “new feminism”? Inspired by John Paul II’s Mulieris Dignitatem, this intellectual movement attempts to explore authentic femininity in a way that is consistent with Catholic teaching and the natural law. Rooted largely in the Christian Personalist tradition, it examines the differences between the sexes, and considers how women can best contribute to society. New feminists also take up questions concerning the happiness and thriving of modern women. What kind of lives enable women to be happy and fulfilled? How can they best realize their potential?

Pakaluk’s critique, published recently in these pages, asks us to consider whether  the new feminism may be reinforcing the errors of mainstream feminists, by urging women to pursue their self-interest at the expense of duty and love. She seems to think that this sort of selfishness is intrinsic to feminism as such, and that any self-conscious attempt to understand femininity is likely to fall prey to these sorts of defects.

Based on my own dealings with new feminists, I think Pakaluk’s concerns are mostly ill-founded. I appreciate everything she says about the evils of nihilistic atheism, and about the unique contributions that women can make to society in light of their particular sensitivity to “personhood.” All of this, however, seems entirely consonant with the work of the new feminists. Thus, I can’t quite agree when she answers her own question (“Does the Church need a new feminism?”) as follows:

It’s hard to speak in favor of an “unhealthy and perverse obsession.” Still, I’m not sure Pakaluk’s distinction is the right one. She seems to think that a “new feminism” is acceptable only if it carefully limits its objectives to explicitly anti-feminist arguments. We may debunk, but we should make no attempt to construct truer or better philosophy of women. The latter “obsession,” she fears, is liable to become selfish and navel-gazing. We’ll end up urging women to focus on their “identities,” their careers, and their dreams of personal fulfillment, and this will draw them away from more important concerns (such as faith, and the welfare of others).

Pakaluk has her sights on a real danger, which I will address in a moment. In my experience, though, it’s unwise to be so deliberately reactionary in our efforts to promulgate the truth. Mainstream feminists spread falsehoods; by all means, let’s expose them. But along the way, may we not take an interest in the subject itself (in this case, femininity)? Must we always allow our agenda to be set exclusively by others? That doesn’t strike me as the appropriate posture for an intellectually curious Catholic.

In calling the new feminists “selfish,” Pakaluk is giving what I would interpret as a rarified form of a criticism that is commonly leveled against eudaemonist theories of ethics more generally. When a moral philosophy is heavily focused on virtue and human excellence, critics are often inclined to ask: