Asia Bibi has become a symbol of the struggle for religious freedom in the world.

Pakistan/Aleteia (Aleteia.org/ar) – Asia Bibi, the Christian woman who has received the death penalty for being accused of blasphemy made an appeal to the Supreme Court of Justice in her country to change her sentence. Her sentence is considered “unfair” and excessive in light of the insufficient evidence and weakness of the testimonies against her.

On the 16th of October, the Supreme Court in Lahore rejected the appeal that Bibi’s attorney submitted to overturn her imminent death sentence. According to the Italian news agency, ANSA, Bibi’s husband wrote a letter to the Pakistani president, Mamnoon Hussain, asking him to pardon her and allow her to leave the country and go to a neutral country like France.

The most significant charge against Aisa Bibi is that she is Christian; for which she has been languishing in prison for five years. According to the Italian newspaper, La Stampa, she sent a letter on the 27th of October to Pope Francis asking him to pray on her behalf and to aid her on a spiritual level.

From her prison cell in Multan, Asia Bibi has become a symbol of the struggle for religious freedom in the world. The mother of five children who was sentenced to hang in late October told Pope Francis, “I know that you are praying for me with all your heart. I am hopeful that thanks to your prayers I might be free one day. I sincerely thank you in the name of God Almighty that you are close to me.” 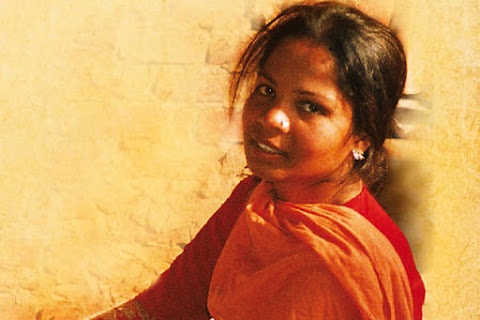 What is Asia Bibi’s crime?
Asia Bibi, who is 50 years old, has received the death penalty for allegedly blaspheming the Prophet Mohammad. The Supreme Court of Pakistan last October 16th confirmed the earlier ruling in 2010 that she receive the death sentence for blasphemy. Bibi’s lawyer, Sardar Mushtaq told journalists that there were no more options remaining except to use the time that she has left to help remove this bitter cup from her.

Asia Bibi was arrested after a group of Muslim women from her town informed a cleric that she had made offensive comments about the Prophet after an argument over trivial matters.

Anti-blasphemy laws are being used against enemies
Human rights advocates on a global level have demanded that the law pertaining to blasphemy in Pakistan be changed. It is worth noting that this law was issued by the military dictator Muhammad Zia-ul-Haq in 1980.

Human rights experts have criticized the existence of laws that condemn those who speak negatively about the Quran or the Prophet Mohammad to prison for life or are given the death penalty. They state that these laws are being used to achieve personal gain in disputes with enemies or those with whom they have a problem.