Growing Up with Gay Parents: What’s the Big Deal? 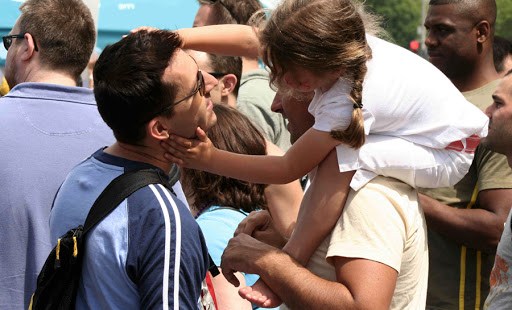 A very large body of social science research going back decades has documented the vital and unique role of mothers and of fathers in childhood development. These studies have also demonstrated the negative psychological, educational and social effects on children who have been deprived of growing up in a home with both biological parents who are married to each other.

A very brief summary of findings on the mothers’ unique and crucial role in childhood development would include these points:

1. Infants and toddlers prefer their mothers to their fathers when they seek solace or relief from hunger, fear, sickness or some other distress
2. Mothers tend to be more soothing
3. Mothers are more responsive to the distinctive cries of infants: they are better able than fathers, for example, to distinguish between their baby’s cry of hunger and cry of pain
4. They are also better than fathers at detecting their children’s emotions by looking at their faces, postures and gestures. Not surprisingly, then,
5. Children who were deprived of maternal care during extended periods in their early lives “lacked feeling, had superficial relationships, and exhibited hostile or antisocial tendencies” as they developed into adulthood. (R. Kobak, 1999)

Clinical experience would suggest that motherlessness, while not studied as extensively as fatherlessness, causes even greater damage to a child because the role of the mother is so crucial in establishing a child’s ability to trust and to feel safe in relationships.

Fathers also bring an array of distinctive talents to the parenting enterprise.

1. Fathers excel when it comes to providing discipline and play and challenging their children to embrace life’s challenges
2. Fathers provide essential role models for boys
3. A father’s presence in the home protects a child from fear and strengthens a child’s ability to feel safe

The extensive research on the serious psychological, academic and social problems in youth raised in fatherless families demonstrates the importance of the presence of the father in the home for healthy childhood development.

Let’s look, then, at some of the larger, well-designed studies that have shown the risks experienced by children who were deprived of growing up in a home with both biological parents who were married to each other.

1. A 2013 Canadian study (D. Allen, 2013), which analyzed data from a very large population-based sample, revealed that the children of gay and lesbian couples are only about 65 percent as likely to have graduated from high school as are the children of married, opposite-sex couples. The girls are more apt to struggle academically than the boys. Daughters of lesbian “parents” displayed dramatically lower graduation rates. Three key findings stood out in this study: Children of married, opposite-sex parents have a high graduation rate compared to the others; children of lesbian families have a very low graduation rate compared to the others; and children in the other four types of living arrangements (common law marriage, gay couple, single mother, single father) are similar to each other and fall between the extremes of married heterosexual parents and lesbian couples.

2. A study of 174 primary school children in Australia (S. Sarantakos, 1996) compared the social and educational development of 58 children living in married families, 58 living with cohabiting heterosexuals and 58 living in homosexual unions. The authors found that married couples offer the best environment for a child’s social and educational development, followed by cohabiting heterosexual couples and lastly by homosexual couples.