Angel of Rio: One Woman Rescues 3,000 Babies From Abortion

Former teacher goes into the slums to help pregnant women choose life and build a future.

While Rio has been at the center of the world stage, hosting World Youth Day, World Cup Soccer, and the Summer Olympics in 2016, one woman has quietly saved over 3,000 children slated for abortion in its poorest slums.

It started simply enough. Twenty-three years ago, Doris Hipolito had a comfortable life as a history and geography teacher and counselor teaching second to eighth graders in Rio de Janeiro. The principal of her school asked her to help some of the girls who where suffering from the aftermath of abortion. Hipolito gathered some pro-life materials to help the girls and passed them out among fellow parishioners. She then felt the tug to start praying the rosary in a public square on the 13th of every month while also passing out pro-life pamphlets. With support from Bishop Werner Siebembrok and the Legion of Mary, Hipolito’s small group started assisting women in Rio’s favelas (slums) who felt they had no other alternative than abortion.

Although abortion is illegal in most cases in Brazil, there are still “clinics” where they are performed illegally in Baixada Fluminense, a socially abandoned part of Rio with a population of 3 million. Less clinic and more of a “spiritual house” – something akin to voodoo– many of the aborted babies are fed to dogs and snakes.

Hipolito stands at the doors of these “clinics” trying to convince these mothers – many of whom have drug addictions and/or intense pressure by others to abort – to keep their babies, while offering support to continue the pregnancy and turn their lives around. 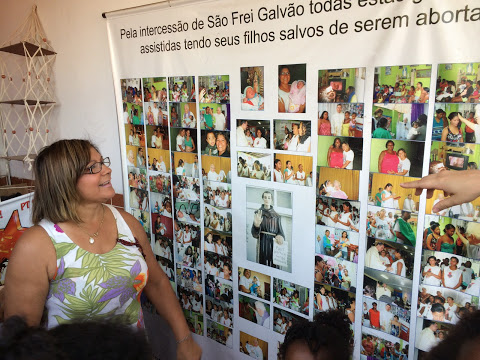 Eight years ago, Hipolito took the courageous step with the support of her family, to quit her job and work for these desperate women full time. Then in 2007, she encountered a homeless pregnant woman living under an overpass who was physically and mentally disabled. Hipolito rented a small house to take care of her. Then another pregnant woman in need came. Then another, and another. Hipolito finally established a formal home: Casa de Amparo Pró – Vida or the House of Assistance.

In addition to having a safe and nurturing place for these women and their children, Hipolito helped establish pro-life centers at local churches for pregnant women to get assistance. Both through these centers and the House of Protection, a pregnant woman can find professional training, medical care, and a place to work where she can live her life with dignity and meet the needs of her baby.

Political pressure is mounting in Brazil for abortion to be legalized. Feminist groups are working to defeat Hipolito’s pro-life work. She has received threatening phone calls and even death threats. One woman, a local prosecutor, came to inspect the House of Assistance, and upon seeing the photos of the children who were saved from abortion, exclaimed, “This House should never have existed!”

Today, Hipolito and her family rely upon Providence to provide for their needs and the needs of all who are cared for at the House of Assistance. She hopes to expand the house and land has been donated for her to do so, but the project has been stalled because of a lack of funds. Even in their poverty, Hipolito has already seen the lives of 160 children saved from illegal abortions this year alone. 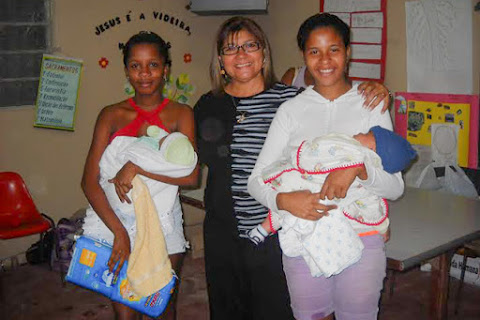 Despite the difficulties, Hipolito stays afloat through the hope she sees in the faces of the children she has pictured on her wall. And when things get very difficult, she recites to herself: “The powerful can give me power, but the babies can give me Paradise.”

To learn more about Doris Hipolito or to assist her work, go to: http://www.gofundme.com/hub754.