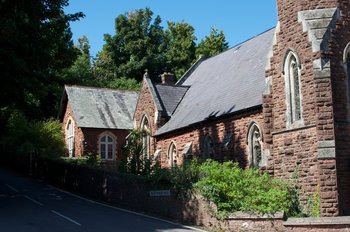 Britain’s Personal Ordinariate of Our Lady of Walsingham is officially launching an appeal for funds to help it to buy a former Methodist church in Torquay, Devon. If the appeal is successful, this will be the first church the Ordinariate has bought for itself.

Established by Pope Benedict in 2011, the Ordinariate exists to allow former Anglicans to enter full communion with the Catholic Church, while retaining aspects of their Anglican patrimony and heritage.  Describing it as “ecumenism in the front row,” the CDF’s Monsignor Steven Lopes told the Ordinariate’s plenary session for clergy this June that the Ordinariate “has at its heart the fundamental principle for the ecumenical movement: that the unity of faith which is at the heart of the communion of the Church can exist in diversity of expression.”

Commenting on the Ordinariate’s growth since its foundation, spokeswoman Catherine Utley told Aleteia that as well as about 1,500 laity spread among 40 communities, the Ordinariate has three seminarians and 86 priests. The clergy, she said, “minister to their groups of Ordinariate laity and also serve the wider Church as chaplains in prisons, hospitals and schools and as diocesan parish or assistant parish priests.”

So far, Utley explained, the Ordinate is responsible for two churches, both in London. “The central Ordinariate church,” she says, “is Our Lady of the Assumption and St. Gregory, Warwick Street, which was dedicated to the life of the Personal Ordinariate of Our Lady of Walsingham by the Archbishop of Westminster in 2013.” This church is built on the site of the former Bavarian embassy chapel, sacked in anti-Catholic riots in 1780, and last month Pope Emeritus Benedict XVI wrote to the Ordinariate remarking that, as a Bavarian, he was “particularly glad” that the former Bavarian chapel had come to serve “such an important role in the whole Church of God.”

The Ordinary, Msgr. Keith Newton, the former Anglican bishop of Richborough, who lives at Warwick Street’s presbytery, this week issued an appeal leaflet reminding potential supporters that if the Ordinariate is “to grow and flourish in the way that Pope Benedict intended,” it will need buildings of its own “so that we can establish them as centers for our particular mission and purpose.”

The purchase of the former Methodist church in Torquay, he said, “provides a wonderful opportunity to do just that.”

Explaining the importance of stable permanent bases for the Ordinariate, Tunbridge Wells-based Ordinariate priest Father Ed Tomlinson told Aleteia that, “There are many superb and healthy examples of Ordinariate and diocesan Catholics sharing space and leadership to the clear benefit of all. But for the Ordinariate to further expand its vision, and put down meaningful roots, it also needs its own physical spaces in which to develop.”

“For this reason,” he continued, “I passionately believe that the opportunity presented to the Torbay Ordinariate Group is of the Holy Spirit and I am praying that the necessary resources can be found, through the generosity of well-wishers, to implement the vision.”

Torbay, in which Torquay is located, might not seem an obvious place for the Ordinariate to first purchase church buildings, but Utley explained that such churches should exist throughout Britain as “tangible expressions of the Anglican patrimony with which the Ordinariate enriches the Catholic Church.” She added that “the area is one of considerable need, which the Torbay Ordinariate knows much about and has already started addressing with marked success with a charity shop which they run close to the Methodist church, which, in itself, has been a tool for evangelizing.”

Pointing to the importance of such practical evangelizing, she told Aleteia that “the lay people who make up the Torbay Mission, and their leader, Father David Lashbrooke, feel strongly that part of their response to the generous gesture contained in Anglicanorum Coetibus must be to set themselves up as a recognizable community — as a showcase, if you like — for their Anglican patrimony, which has at its heart, the faithful service of others, with a particular emphasis on teaching, fellowship and outreach.”

Father Lashbrooke says that “The opportunity has arisen for us in the West Country with the Methodist church in Chelston becoming vacant, and we, in faith, are responding by seeking to buy this property which has all the space necessary to give us the chance to live a full liturgical life which will enrich, while at the same time, providing us with the opportunity to fulfil our calling to teach and offer hospitality.”

The Torbay church is a particularly exciting opportunity, according to Father Lashbrooke, because the site includes not merely the main church building but also halls and a building which could be converted to become a presbytery. Collectively, these would offer space for a mission community to lead its liturgical life in a way that CDF head Cardinal Ludwig Müller described in March as “essential to the formation of the identity of the Ordinariate as well as being a tool for evangelization,” while also serving the catechetical and material needs of the local population.