Hundreds of Millions of Euros Found Hidden in Vatican Departments 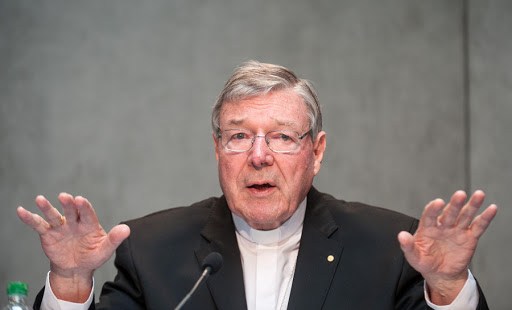 © ALESSIA GIULIANI / CPP
July 09, 2014: Card. George Pell, Prefect of the Secretariat for the Economy speaks during the press conference will be held on the theme: "New economic framework for the Holy See" at the Vatican.
Share
Print
John Burger - published on 12/04/14

Australian cardinal finds funds in spite of “ingrained sense of independence” in curia.

Millions of people reading this story might be thinking, “If  only I could make a discovery like that!"

According to Australian Cardinal George Pell, writing in a British Catholic publication, the Vatican has discovered hundreds of millions of euros that did not appear on its balance sheet.

Cardinal Pell, who is charged with sorting out the Curia’s financial affairs, explained that the previously unaccounted funds were in the accounts of individual departments of the Vatican and therefore not on the books of the Holy See’s overall organization.

Writing in the first issue of the new Catholic Herald magazine, Cardinal Pell said the discovery means that the Vatican’s finances are healthier than they first appeared.

“It is important to point out that the Vatican is not broke. Apart from the pension fund, which needs to be strengthened for the demands on it in 15 or 20 years, the Holy See is paying its way, while possessing substantial assets and investments," said Cardinal Pell, who was appointed prefect of the newly created Secretariat for the Economy in February. “In fact, we have discovered that the situation is much healthier than it seemed, because some hundreds of millions of euros were tucked away in particular sectional accounts and did not appear on the balance sheet.”

But finding the surprise funds wasn’t easy, involving reformers meeting up with “an ingrained sense of independence among Vatican departments,” said the Herald’s report.

“Congregations, Councils and, especially, the Secretariat of State enjoyed and defended a healthy independence,” the cardinal said. “Problems were kept ‘in house’ (as was the custom in most institutions, secular and religious, until recently). Very few were tempted to tell the outside world what was happening, except when they needed extra help.”

The cardinal said that for centuries Vatican finances were unregulated and allowed to “lurch along, disregarding modern accounting standards.”

“Donors expect their gifts to be handled efficiently and honestly, so that the best returns are achieved to finance the works of the Church, especially those aimed at preaching the Gospel and helping the poor escape from poverty,” he said. “A Church for the poor should not be poorly managed.”

He said the Vatican soon will name a lay person as auditor general, who will be answerable to the Pope, but autonomous and able to conduct audits of any agency of the Holy See at any time.

UPDATE: The Vatican on Friday issued this statement about Cardinal Pell’s article:

Vatican City, 5 December 2014 (VIS) – The Director of the Holy See Press Office, Fr. Federico Lombardi, S.J., today issued the following declaration in response to requests for clarification regarding an article by Cardinal George Pell published in the Catholic Herald.

“It should be observed that Cardinal Pell has not referred to illegal, illicit or poorly administered funds, but rather funds that do not appear on the official balance sheets of the Holy See or of Vatican City State, and which have become known to the Secretariat for the Economy during the current process of examination and revision of Vatican administration, to acquire a more comprehensive knowledge of the latter in view of the planned rationalisation. It is indeed a sign and result of constructive cooperation between the various Vatican institutions.

“Moreover, it was known and had been previously explained, also publicly by the Prefecture of Economic Affairs, that the consolidated balance sheets of the Holy See and Vatican City State, presented every year to the College of Cardinals, do not in any way encompass the totality of the numerous administrations under Vatican auspices, but only the main institutions of the Roman Curia and the State.”