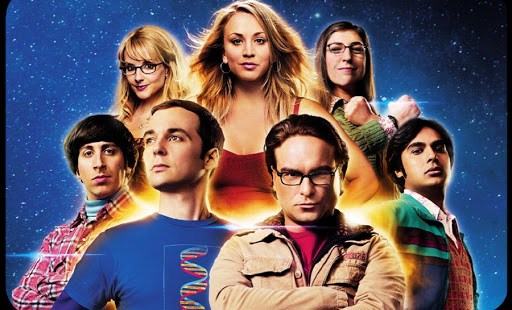 Where do they think the theory came from?

Hate it or love it, CBS’ “The Big Bang Theory” has become a huge success. It’s won a slew of Emmy and Golden Globe wins, garnered almost 20 million weekly viewers, and has a winning formula that just keeps winning.

Religion, too, makes its appearances – but not quite in the same high-minded manner. Much of its screen time revolves around Sheldon, played by Jim Parsons, who grew up in Galveston, Texas with a “deeply religious born-again Christian mother” and an alcoholic father who forced him to watch football since he was four. A child prodigy, Sheldon graduated summa cum laude at the age of fourteen, received his first doctorate at the age of sixteen, and landed at the California Institute of Technology with a promising career in theoretical physics. Not surprisingly, Sheldon didn’t exactly “fit in” growing up. If religion made him the man he is today, it was only by way of repulsion – through “Christian Youth Holy Roller Bowling Leagues,” “Born Again Boat Rides,” “Teens for Jesus 4th of July Hoedowns,” and other cloying (and compulsory) God-centered social events.

The Big Bang Theory Wiki offers a helpful summary of the conflict:

“In contrast to his profoundly religious mother and devout Christian upbringing, Sheldon has no interest in religion – he tends to ignore or express dislike for religious celebrations such as Christmas, and wastes no time in bringing up the Pagan origins to each festival. Additionally, his scientific beliefs often come into conflict with the spiritual beliefs of his mother, Mary."

Is it as purely intellectual as all that? It’s a question you can’t help but ask the more you learn about Sheldon. Between the memories of his parents fighting that flare up when his friends yell at each other and a childhood full of bullying he refers to as “hell,” his is a surprisingly dark and tragic past. Is it so unthinkable that boyhood emotions play some role in his rejection of faith?

Intellectually, of course, he’s on solid ground, because his mother holds to a Biblical literalism that flouts basic science. “Evolution isn’t an opinion,” he instructs his mother at one point. “It’s fact." “And that is your opinion,” she retorts. Meanwhile, she seems to not accept or even appreciate his contributions to human knowledge. “All that science stuff, that comes from Jesus,” she declares in one scene – as if to say it’s all sort of a whacky preoccupation that has no real bearing on anything.

Sheldon’s story is also extrapolated into a general conflict between science and religion of any kind. When faith comes up, it’s almost always in a negative or dismissive light. Raj’s Hindu beliefs are referenced a few times, but always as a setup to a punchline, and not something he or anyone else seems to take very seriously. Even Sheldon’s mother is written as having a dim view on her own faith. (Sheldon declares: “I’ll condemn you internally while maintaining an outward appearance of acceptance.” To which she responds: “That’s very Christian of you.”) And then there’s Toby, a friend cast by Sheldon to play his nonexistent drug-addicted cousin. Toby – getting into character – imagines abuse by a fictional Navy Chaplain as the reason behind the addiction:

“The Philippines: 1992: The Subic Bay Naval Station: A young boy on the cusp of manhood. His only companions, mongrel dogs and malarial mosquitoes. Desperate and alone, he reached out to a man who promised to introduce him to a merciful, loving God. But instead introduced him to a gin-pickled tongue shoved down his adolescent throat. What choice did he have but to drink, shoot, and snort his pain away?”

In “The Big Bang Theory,” faith doesn’t exactly move mountains. Instead, it’s a quirky, sometimes destructive byproduct of our individual and collective hardwiring, one that educated men and women find silly.