What Should Christian Parents Tell Their Kids About Santa? 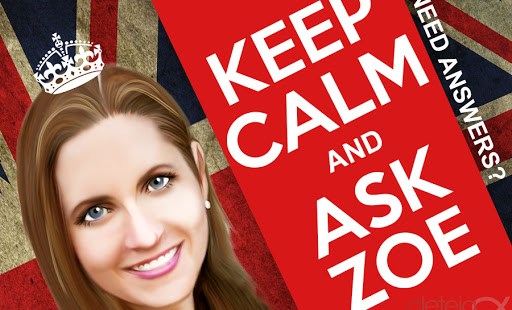 And what role should dreams play in our lives?

Editor’s Note: Ask Zoe is Aleteia’s new weekly advice column. If you have a dilemma, question, or need some general advice for your life, email Zoe. All questions are given consideration and names are withheld.

Dear Zoe,
What should a Christian parent tell children about Santa Claus? I have a sibling whose 7-year-old still believes in Santa, and another sibling who has told her young children that it’s just a fairytale. One of these days the cousins might compare notes! I know this is an issue for a lot of parents and wonder what you would advise.

Dear Scrooge,
If you want to ruffle some feathers, bring up the Santa debate. Catholics I know are strongly divided on it. Mainly because the issue is tied up in very powerful memories of childhood. If Santa was a vital part of your happy Christmases as a kid, chances are you’ll want to replicate it with your own children, alongside your Advent calendars and nativity scenes.

I understand this; I grew up with Santa myself. If parents decide to do Santa Claus in their family, that’s their business. But if someone were on the fence about it, I’d advise them not to go the Santa Claus route. For three main reasons:

First, the real meaning of Christmas is to celebrate the Nativity of Christ. That ought to be the central thing we acknowledge and emphasize and Santa tends to be a distraction—especially for children. Which doesn’t mean there shouldn’t be presents under the tree, and stockings, and recitations of ’Twas the Night Before Christmas, and all those wonderful traditions. But the myth of the man in red who comes down the chimney doesn’t need to be a central part of it. A better alternative is to make St. Nicholas part of the holiday — he’s got an exciting story and his life ties into the real meaning of the feast day.

Second, I don’t like the idea of encouraging children to believe in an imaginary, magical figure like Santa Claus. If the jolly guy with the white beard isn’t real, then maybe other invisible figures like Jesus aren’t so real either. Think about it from a child’s perspective. Besides, perpetuating the myth of Santa Claus pretty much relies on some good ol’ fashioned lying, which I’m not a fan of.

My third reason is more of a response to an argument I hear a lot when it comes to the Santa question: What about encouraging children’s imaginations? Well, I’m all for that, but there are many ways to stimulate and foster imagination. Some of the most imaginative kids I’ve met—including my own—have not grown up believing that a bearded guy flies in on his reindeer to bring their gifts.

All this said, I’m also not one for ruining Christmases for little ones whose parents choose Santa, so I think children ought to be taught that other families handle Santa differently.

Some people think this stance deprives children of one of the best parts of Christmas. I disagree. Children can have a blast at Christmas—and they do—without Santa. My advice is for families to focus on all the amazing and real stories surrounding Christmas and make it about Jesus’ birthday. I don’t know any kid who doesn’t love a great birthday party.

****
Dear Zoe,
I love dreams and enjoy telling mine to my spouse or friends sometimes — and hearing about theirs. However, a good priest I know told me I shouldn’t think about my dreams, and to dismiss them. I’m not sure I agree and don’t know what to think. Should we consider our dreams? Do they play a role in our lives?

Dear Dreamer,
I’m sure that the priest you know is not opposed to every discussion about dreaming. After all, dreams played a significant role in the lives of various Biblical figures, including Joseph, the adoptive father of Jesus.