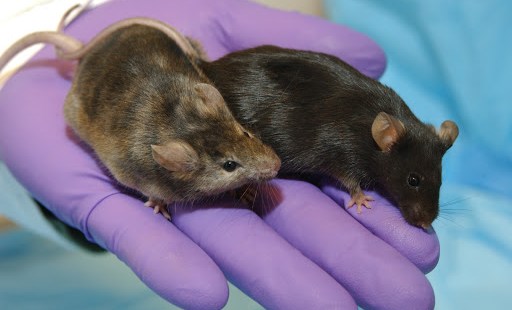 The ever-shifting boundaries of research ethics

I’m not saying you’d actually want to do this, but if you did want to build a better mouse brain (or a better brain for any mammal other than people), Steven Goldman and Maiken Nedergaard explain how to do it. (Instructions below.)

Most people, if asked to name brain cells, would answer “neurons,” the cells that store and transmit information through electrical signals. But there’s another type of brain cell – glial cells – that connect neurons and perform many supportive functions, such as delivering nutrients to the neurons, regulating oxygen levels, and repairing the neuron’s myelin coating. They also create signalling networks and regulate how neurons communicate with each other, affecting the capability of the brain to process information.

For a long time, people supposed that human brains functioned much better than the brains of “infrahumans” because of the number of neurons we can fit in our skulls. But Goldman and Nedergaard noticed that one type of glial cell, astrocytes, are 10-20 times larger in humans than in mice and can have up to 100 times more “tendrils,” thread-like projections that connect to neurons. So they began doing research to find out if having bigger astrocytes with vastly more connective tendrils would improve brain plasticity, i.e., how fast the brain processes information, creates and accesses memories.

Here’s how it’s done, but don’t try this at home.

Goldman and Nedergaard are the husband-wife co-directors of the University of Rochester Medical Center (URMC) Center for Translational Neuromedicine. In their first groundbreaking study testing their hypothesis, published in March 2013 in “Cell Stem Cell,” they took glial progenitor cells from aborted human babies’ brains, but differentiated them before inserting them into the newborn mouse brains. So, while they saw great improvements in the mouse brains and mouse memories, they couldn’t tell if the human cells were actually interacting with the existing cells.

In their second, recently published, study, they inserted 300,000 human glial progenitor cells that hadn’t fully matured into one type or another into the mouse pups’ brains, with astonishing results.

The effects were “whopping,” in the estimation of Dr. Goldman. The super-mice “were statistically and significantly smarter than control mice.” For example, an ordinary mouse needs four or five tries to get through a mouse maze correctly. The super-mice got it right on their second try. They could identify objects in unfamiliar locations faster and “froze” four times longer when they heard a sound that meant they might get a mild electroshock.

In a parallel experiment, Goldman and Nedergaard and their team inserted immature human glial cells into the brains of mice who were poor at producing myelin (a fatty substance that insulates neurons). The human cells differentiated into myelin-producing cells to compensate for the deficit.