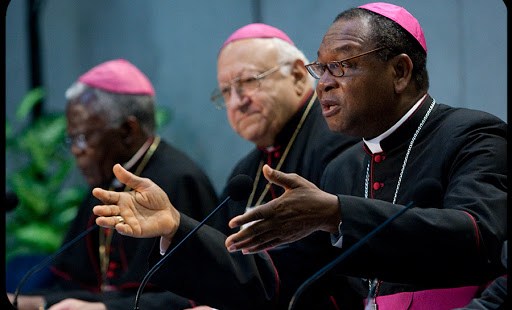 In addition to health risks of contraceptives, no one has the right to suspend parental guidance, bishops say

The Catholic Bishiops Conference of Nigeria released the following statement which was made available to Aleteia.org:

The Catholic Bishops Conference of Nigeria (CBCN) through its Health Committee has followed with keen interest the recent announcement by the trio of Bill and Melinda Gates Foundation, Pfizer Pharmaceuticals Incorporated and Child Investment Fund Foundation on the roll out of the so-called one dollar injectable contraceptive “Sayana Press”. This easy-to-administer form of an old drug by Pfizer Incorporated is being hailed by many as the magic wand to reduce poverty and emancipate poor women in over 69 countries around the world especially in Sub Saharan Africa, Asia and Latin America.

The active chemical ingredient in Sayana Press is the synthetic analogue of the body biological messenger (hormone) known as progesterone. It is branded progestin-only contraceptive, depot medroxyprogesterone acetate ((Depo provera); a long acting hormonal birth control drug that is injected every 3 months. This medication was hitherto given by trained health workers. But the new packaging form makes it possible for literally any woman to self-inject the chemical agent.
In the current rage to promote and distribute Sayana Press to women in the poorest countries of the world including Nigeria, the whole facts about the drug are not being told to the unsuspecting consumers. For example, Depo provera has long been associated with serious side effects and health conditions that led to its ban in many developed countries. Specifically, the one dollar contraceptive can result to varying degrees of sterility, irregular menstrual periods, or no menstrual periods at all, high blood pressure, excessive weight gain (obesity), depression and nervous breakdown, hair loss, reduced libido with the associated marital disharmony and family breakdown, increased risks of cancers of the breast, cancer of the cervix (neck of the womb) and the ovary as well as loss of bone mineral mass resulting to easy-to-fracture weak bones (osteoposis). Other known side effects include acne, excessive hair growth of facial and body hair.
Given the many reported side effects of the main ingredient in the “one dollar injectable” contraceptive, we urge the Federal Ministry of Health, State ministries of health, the National Primary Health Development Agency as well as development support agencies to immediately halt the distribution of this harmful chemical to Nigerian women and in fact, all women across the world who now stand in danger of serious untoward effects from the drug.
On the contrary, we would like to reiterate the need and urgency for the promotion of the total health of families with particular respect to the procreative wellbeing of women and young adults. This can be realized through the universalization of natural methods of fertility management – Natural Family Planning (NFP). These methods which are based on the innate features of each woman’s reproductive biology are safe, cheap, easily learned and without the numerous adverse effects of artificial family planning chemicals and devices. Finally, NFP methods do not infringe against the faith, morals or cultures of communities across the world. They encourage communication, mutual respect and responsibility and effective male involvement, thus enhancing family unity, integrity and societal stability.
We firmly declare that this is not democratic and is even unethical to continue the agenda of throwing commodities with known dangers and potential risks at the vulnerable peoples of the world who are often uninformed about all the issues concerned.
We hereby call on all our agencies to study the issues thoroughly and deploy all media, grassroot/pastoral organs to correctly inform our people of the risks they run by patronising these means and methods. No one has a right to suspend parental guidance and spiritual care by the Church from the life of our people and especially the youth.
We call for vigilance from all stakeholders on these issues regarding human life and family.