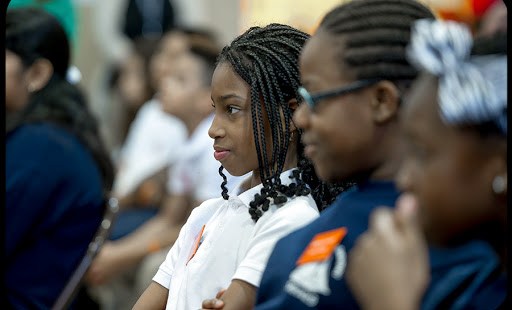 No preference for job candidate in line with Church teaching.

If the Human Rights Act of 2014 is signed into law and Congress and the courts let the law take effect, the measure would strip an exemption that all religious and private schools in the nation’s capital have had since 1989. Former Senator Bill Armstrong of Colorado, a Republican, said he disagrees with the city council’s vote to rescind his amendment. “It’s a mistake. My law doesn’t compel schools to do anything. It just says that government can’t tell them what to do,” Armstrong said in a telephone interview Monday.

Mark Trammell, an attorney for the Liberty Counsel, an Orlando-based Christian nonprofit that opposes the legislation, said the bill could violate the religious freedom provisions of the First Amendment. “The major concern here is the local government stepping into Church schools and telling them how to run their schools and what the balance has to be for their faith and to exist in the District of Columbia,” Trammell said. “This puts school administrators in the position of whether they object to government or obey God.”

Trammell said that although he has not read the bill closely, the legislation could affect religious and private schools at all levels, including pre-school. He added that the measure would have broad impact: Gay and transgender organizations would receive the same services and access to cafeterias and halls that other groups do; a heterosexual job candidate could not be picked over an openly heterosexual counterpart because his or her behavior is in line with Church teaching; and a transgender male employee might be able to shower with female employees.

On December 2, D.C.’s city council approved the bill on a 13-0 vote. MetroWeekly,a gay-rights newspaper, reported that one homosexual activist said the bill was long overdue and less sweeping than opponents contend. The publication quoted Richard J. Rosendall, president of the Gay and Lesbian Activists Alliance (GLAA), the local LGBT rights organization that testified in favor of the bill. “Any minister can deny us sacraments and condemn us from the pulpit,” Rosendall said. “But this is not about moral approval. As far as educational institutions are concerned, they have to play by the same rules as everyone else.”

The fate of the bill is unclear. Trammell said although he expects D.C. Mayor Vincent Gray, a Catholic, to sign the bill into law and Congress not to intervene, he does not know if a federal court may strike down the measure. He added the bill is inconsistent with the Supreme Court’s decision in Tabor, which gave religious schools wide latitude in running their affairs.

The House Oversight and Government Reform Committee oversees the District of Columbia in the lower chamber. A committee spokeswoman did not return an email message for comment.

Armstrong said he wrote the amendment to protect Georgetown University from a city law that said it must treat homosexual and heterosexual students alike. The text of the amendment said the following:

It shall not be an unlawful discriminatory practice in the District of Columbia for any educational institution that is affiliated with a religious organization or closely associated with the tenets of a religious organization to deny, restrict, abridge, or condition – (A) The use of any fund, service, facility, or benefit; or (B) The granting of any endorsement, approval, or recognition, to any person or persons that are organized for, or engaged in, promoting, encouraging, or condoning any homosexual act, lifestyle, orientation, or belief.

Mark Stricherz
covers Washington for Aleteia. He is author of Why the Democrats are Blue.