Free-Market Catholics Are Losing Their Faith (in Capitalism) 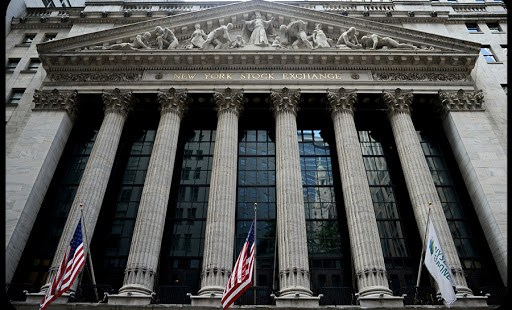 After decades supporting the market, some politically conservative Christians affirm the state.

“So,” writes a young man we know, who lives in a roughish section of Brooklyn, “there’s this poor little pit bull running around without a collar near my apartment. It seems to be getting more and more lost and anxious. People keep running from it, and there’s a lot of traffic. There are pretty much only two possible scenarios if the owner doesn’t find it soon: 1) traffic accident or 2) someone gets bitten.”

Fatal for the dog and traumatic for people, in both cases. Our friend was walking his sister’s pit bull mix and though the two dogs began to play together they eventually started play fighting, and since play fighting often leads to real fighting, he took his sister’s dog home and called 311, New York City’s non-emergency number.

He continues: “After a series of inane automated questions and a long announcement about parking regulations, it finally transferred me to Animal Control, which was also automated and asked me a series of inane questions. Finally, when I got to the right selection for reporting a stray dog on the street, it announced that I needed to hang up and dial 911, as I had what it termed ‘an animal emergency.’"

“So I called 911. The operator responded, ‘Sir, that’s not an emergency, call 311’ and hung up. So I called 311 again. This time I managed to trick the system and reached an actual operator, who explained that Animal Control is closed for the weekend, so I should call Monday to report the dog.”

Closed for the weekend. As if stray and possibly dangerous animals get off the streets from 5:00 p.m. on Friday till 9:00 a.m. on Monday. One would think that this would be one of those city agencies open all week, but it’s a city bureaucracy, with staffing and hours set by a higher, political, authority watching the budget, where the work has become 9-to-5 by-the-numbers routine. You will not see from such agencies, though you will from some of their employees, the degree of energy and engagement you think of when you hear “public service.”

Anyone who’s dealt much with a large public agency has had similar experiences, if not worse ones. Conservative websites and talk radio jump on such stories. National Review and The American Spectator love to publish them. The best conservative writers can pull out a dozen or two damning stories and a boatload of statistics that explain the stories when addressing any proposal to expand the welfare and regulatory state. Look at the debate over Obamacare.

By and large, and for about four decades now, conservative Christians — though Evangelicals more than Catholics — have sided with the conservative critique of government and the neo-conservative defense of capitalism. They’ve asserted with convincing arguments and statistics the productive and liberating effect of the market and criticized the naïve recourse to government almost inevitably offered by groups like the National Council of Churches and the United States Conference of Catholic Bishops. They’ve stressed the approval of the market given in St. John Paul II’s Centesimus annus (“the free market is the most efficient instrument for utilizing resources and effectively responding to needs,” for example), though tending to neglect all the qualifications and limits the pope included in his analysis.

So there’s that. Yet if I read the signs aright, many politically conservative Christians, Catholics and Evangelicals both, are now shifting in their attitude to the state, to a new assertion not just of the limits and dangers of the market but of the need for a welfare and regulatory government. They haven’t become old-fashioned socialists or even social democrats. They still believe in a capitalist economy, but want to restrict, temper, and even direct it in a way much more “liberal” than their movement has allowed since the 1970s.