What Should You Do When You Are Discouraged? 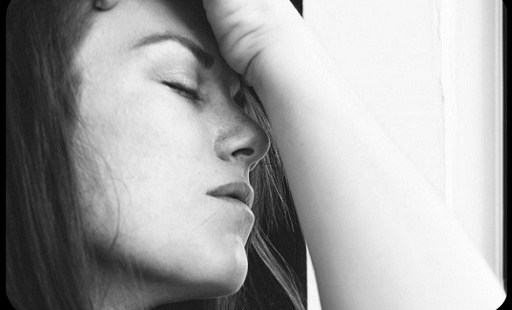 According to St. Ignatius, resist, pray, do penance—but above all, persevere in the love of an always faithful Lord.

How often do you suffer discouragement? We all face discouragement sometimes. We all have felt what the word “discourage” means, “a loss of heart.” We have all had that sinking feeling of fatigue and frustration that prompts us to ask, “Why bother?” I myself struggle against discouragement frequently, as I carry along what has been described as a “melancholic temperament.”  And I try to put myself in good company and as I strive to ennoble, and perhaps even “baptize” my tendency towards gloom, by citing a passage from one of Tolkien’s many letters: “Actually I am a Christian, and indeed a Roman Catholic, so that I do not expect ‘history’ to be anything but a ‘long defeat’—though it contains (and in a legend may contain more clearly and movingly) some samples or glimpses of final victory.”

By grace, I see myself, like Tolkien, as a Catholic and thus on “the winning side,” even as I often struggle against feelings of failure and futility. I know that I am not alone in this apparent contradiction between the tides of history and the biblical promise that “hope does not disappoint.” (Romans 5:5) I do know that if discouragement is not fought against immediately, vigorously and effectively, then the door is opened to temptations towards self-pity, self-indulgence and despair. So, even more important than the question, “How often do you suffer discouragement?” is the question, “What should you do when you are discouraged?”

Here, we can turn to Saint Ignatius Loyola and his Spiritual Excercises, specifically, his “Rules for Discernment,” to formulate a reliable plan of counter-attack when we find ourselves coming into the grip of dispiriting discouragement. (Some of my students have taken to reducing Ignatius’s advice to small print onto a card, laminating it, and keeping the card in their wallet or shirt pocket.)

What I’ve so far been referring to as “discouragement,” Saint Ignatius would call “desolation,” which he contrasts with “consolation.” Regarding the latter he notes, “I call it consolation when the soul is aroused by an interior movement which causes it to be inflamed with love of its Creator and Lord….” We might also here refer to “consolation” as “encouragement.”  Describing “desolation,” Ignatius notes, “I call desolation…darkness of the soul, turmoil of the mind, inclinations to low and earthly things, restlessness resulting from many disturbances and temptations which lead to loss of faith, loss of hope, and loss of love.  It is also desolation when a soul finds itself completely apathetic, tepid, sad, and separated as it were from its Creator and Lord.  For just as consolation is contrary to desolation, so the thoughts that spring from consolation are the opposite that spring from desolation.” Can you imagine a better description of discouragement?

Why does God allow us to experience discouragement/desolation? Saint Ignatius says that there may be three reasons God allows it. In brief: 1) We are in desolation because of our own sin (e.g., we shouldn’t be surprised if we don’t have joy and peace when we’re not praying and are in mortal sin); 2) we are in desolation as a test of the purity of our motives (i.e., are we looking for the gifts-of-the-Giver or the Giver-of-the-gifts?);  and, 3) we are in desolation for the sake of self-knowledge (i.e., to be reminded that consolation is always a grace and not the result of our own efforts alone).

What are we to do when in desolation? Saint Ignatius tells us that, “…it will be very advantageous to intensify our activity against the desolation. This can be done by insisting more on prayer, meditation, frequent examinations, and by increasing our penance in some suitable manner.” Our first step is to act against the desolation. (My students understand this when I remind them that this is akin to Homer Simpson carrying in his shirt pocket a card that reads, “ALWAYS DO THE OPPOSITE OF WHAT BART SAYS.”) Please note that Saint Ignatius says that we are to “insist more” on prayer, etc.,