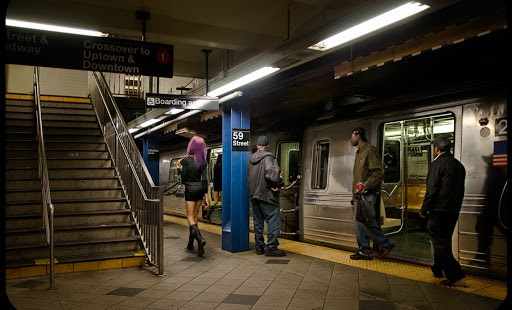 Cop-turned-pastor is the subject of new reality show.

We’ve all heard of people standing outside abortion clinics trying to convince women to give their babies a chance at life. Or the “elevator speech,” a quick way to impress an executive with a sales pitch or a plea for employment.

In both cases, there are only a few moments to say just the right thing that will get a person’s attention—and maybe make a life-altering difference.

What if you had eight minutes—no more—to talk a young woman out of a life of selling her body? And you know that the longer you stay in the hotel room with her, the greater the chance that a well armed pimp is going to break in on you.

Well, a fellow named Kevin Brown does just that kind of “work.” He’s a cop-turned-pastor in California, and A&E is planning to showcase his ministry in a new reality show.

“This is one of those great shows that was actually happening whether anybody was shooting it or not,” executive producer Tom Forman told Entertainment Weekly.

The show has a working title of—appropriately—8 Minutes.

Brown brings 20 years of experience as a vice cop to his ministry. He knows all the tell-tale signs of a young woman who is practicing the trade against her will: extra makeup to cover bruises, for example.

“The story comes out when he gets them alone in a room and says, ‘I’m not here to have sex with you, I’m here to offer you a whole new life if you want it. Tell me your story,’ said Forman, whose other work includes Extreme Makeover: Home Edition.

But Brown doesn’t work alone. He’s recruited other members of his church, which isn't named in the article, to serve in surveillance positions when he goes in to meet a “date.”

“Kevin has got a lot of safety protocols,” Forman explains. “He’s a cop and knows just how dangerous these rescues can be. Before he goes in and does one of these operations, he surveys the scene, he puts his church members in prime locations so they can observe, they have cops on speed dial.

"And one of his other rules is they would only have eight minutes to talk to any individual girl. In his experience, she’s got eight minutes in which she could return to her pimp and say, ‘I got a bad feeling about that guy, he backed out, I thought he was a cop,’ without having the pimp come looking for her, which could create a dangerous situation for Kevin and his team. So for her safety and theirs, it’s a self-imposed hard deadline. They’ve got eight minutes to talk her out of prostitution. If she says yes, that’s great. If after eight minutes she hasn’t, they give her a phone number and tell her they’ll always be there, but they cut off the intervention.”

Forman said he “love[s] the intersection of drama and transformation and faith” in his new show. “This is a church group doing this, and I think that adds another layer. These are real people giving up weeks of their lives and putting themselves at real risk to save somebody who hasn’t asked for their help. I’m blown away by what they do.”