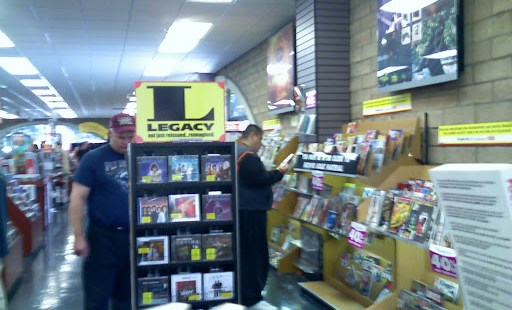 Americans are not blasé about pornography.
As many as two in three think that watching adult videos and movie is morally unacceptable. But the country has not come to a consensus on what to do about restricting adult-only material more severely.

The Catholic Church, by contrast, has a firm position on pornography. “It is a grave offense. Civil authorities should prevent the production and distribution of pornographic materials,”
section 2354 of the Catechism says.

In the United States, Bishop Paul S. Loverde of the diocese of Arlington, Virginia has helped lead the fight, such as it is, against pornography. In 2006, Loverde wrote the pastoral letter “
Bought with a Price: Every Man’s Duty to Protect Himself and His Family from a Pornographic Culture.” The 80-page letter was re-issued and updated in March, and the nonprofit
Morality in Media named Loverde to its board of directors on December 5.

Now 74, Loverde said he hears objections to the Church’s strong opposition to pornography regularly. “Oh, that’s just a religious view,” Loverde recalls people telling him. But, he says to them, would it were so. “No, this is based on a very serious study of psychology. All this science shows what pornography does to the human brain. Why do we want to harm our brains with a drug?”

The bishop may have a point. According to the popular website YourBrainonPorn.com watching pornography releases a squirt of dopamine in the human brain that causes the viewer to feel pleasure and keep watching. Some researchers have found that porn can act in a way similar to a drug such as cocaine or heroin. “The current and extant findings suggest that a common network exists for sexual-cue reactivity and drug-cue reactivity in groups with CSB and drug addictions, respectively. These findings suggest overlaps in networks underlying disorders of pathological consumption of drugs and natural rewards,” a study published in
a University of Cambridge scholarly journal concluded.

Today, the adult film industry in the US makes an annual profit of
$10 billion to $12 billion. Although declining DVD sales have cut into the industry’s profits, pornography is easier to access and more graphic than ever before. Whereas men once traveled to movie theaters to watch their smut, now they do so on their PC, smart phone, or tablet at home.

In a 22-minute telephone interview with Aleteia, Loverde struck a serious but not solemn note. He warned of the dangers of pornography to men and women, marriage, and family life. For example, he noted that in 58 percent of annulment cases filed in the diocese’s marriage tribunal, pornography use is cited as a reason for the petition.

Yet his tone, like much of his pastoral letter, was stern and exasperated rather than angry or upset. He quoted Pope Francis, while his letter cited a long quote from the British Christian apologist C.S. Lewis.
He added he would consider adding a video component, such as on YouTube, to the pastoral letter.


Why did you re-issue the pastoral letter?

One of the reasons is we wanted to update it and make it more accessible to people. The scourge of pornography has just increased over the years. It’s engulfing the whole society. It’s just ruining relationships.


Do Catholics who oppose pornography labor under the impression they are puritans?

They do. One of the reasons we Christians and Catholics oppose pornography is because we hold sex in high regard. We’re told we hate sex and hate the body. But the opposite is true. We understand the beauty of sex.

Well, I talked to priests, and it’s true that in confession they said pornography came up a lot. These men were sorrowful. I see the devastating effects it has on couples. I say as a pastor that people need to wake up. People have bought into the idea of, ‘Well, it’s a personal problem for someone else’s kid.’ Parents need to wake up to see how pernicious this is.

We’ve had sermons on the topic. I’m a member of
Religious Alliance Against Pornography. This is an ecumenical, inter-faith group of members who speak out against pornography. Sometimes I have someone come in and talk with my priests about the problem. We had someone in two years ago. And others don’t know the link between pornography and human trafficking, so we had a detective come in and discuss it.

Well, it seems to me citizens support restrictions but they aren’t aware of them. This is an industry we’re fighting. Local groups have value; they are good in their jurisdictions. Our citizens need to be more involved on this. I don’t think people think about this enough. It’s not something people think about. I do bring this up at churches, and people say ‘Oh, you’re just making a religious argument. No, this is a very serious study of psychology. Why do we want to have drugs on the brain?

The Religious Alliance Against Pornography is good. We need to wake people up. There’s hope, but a lot needs to be done. As a Church, we need to be like a field hospital, as Pope Francis says, and serve people.

I have heard this. Pornography is demeaning. Persons are objectified. They are not loved for their whole being; they are not dignified and there is no real intimacy.