Dancing Without the Duggars 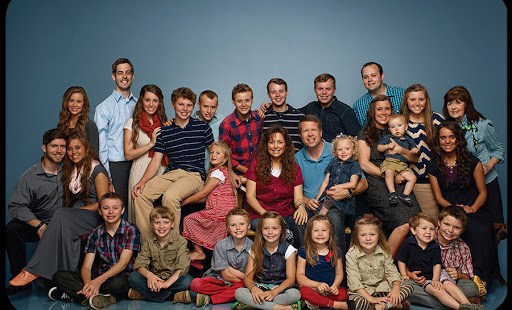 The sensuality of dancing is something to be celebrated, not forbidden.

Any casual observer of TLC’s Duggar clan will instantly notice something: Jim Bob and Michelle Duggar have a lot of rules. And who can blame them? If their 19 mild-mannered kids woke up one morning and decided to launch a full-scale mutiny, their pristine Arkansas home would turn into Lord of the Flies in 19 seconds. If I had nineteen kids, I’d nail a list of ninety-five rules to the front door, stand up on a diaper box, and declare what is and what is not acceptable and under what penalty. The alternative, it seems, is total anarchy and imminent death.

My empathy, though, only extends so far. The Duggar children can only “side hug” their dates, and hands can’t hold until an engagement ring is on one of them. They aren’t allowed to read romantic literature. (Is an exception made for the “Song of Songs”?) They don’t have a TV. They don’t use Facebook. They don’t drink. They don’t listen to any music that’s not classical or religious. And – maybe most perplexing of all – they aren’t allowed to dance.

To be fair, I think many of us can understand and even appreciate where they’re coming from. “Too much of a good thing” – let alone “lead us not into temptation” – are not exactly hallmark concepts of late modernity, and the Duggars are nothing if not pleasantly countercultural.

That being said, some of the Duggars’ prohibitions are clearly just plain wrongheaded – even dangerous.

We believe, as a personal family conviction — this isn't something we judge anybody else on — but we believe that dancing can stir up sensual desires, especially in guys, that cannot be righteously fulfilled…we just don't believe it's something that our family wants to get involved in doing.

The Duggars base this conviction — as they base all their convictions — in the Bible. But, as one dancer explains, there is actually a very strong Scriptural and theological basis in support of dancing:

Celebrating what God has done for us through the expression of dance is nothing new. In 2 Samuel, King David danced around the Ark of the Covenant. When officials questioned him about his actions he said, "I was dancing to honor the Lord who chose me…" God gave us the gift of dance as a beautiful artistic expression. We are embodied spirits made in the image and likeness of God. We have been given reason and intellect to discern how to use our bodies to create ordered movement known as dance.  As I said earlier, our bodies are the physical manifestation of our souls, and we shouldn’t be afraid to use our bodies in good, healthy ways that glorify God.

Which raises the question: did Jesus dance? We don’t know for sure, but given what we do know, it’s perfectly reasonable to think that he did. Dancing is seen throughout the Bible as an expression of joy — even one of Jesus’ parables mentions “music and dancing” as a form of celebration — and Jesus expresses a desire to make our joy “complete” (John 15:11). He even began his public ministry at a wedding feast where the wine ran dry and the dance floor was, I would imagine, far from empty.

What we do know for sure is that dancing was almost inescapable in his wake — at least where Catholicism is concerned. G.K. Chesterton observed once that traditionally Catholic countries in Europe exhibit a kind of “pagan joy” found in the hearty music, dancing, and drinking of common people. (Whether that joy is still extant is another question.) “Those countries in Europe which are still influenced by priests,” Chesterton wrote, “are exactly the countries where there is still singing and dancing and colored dresses and art in the open-air. Catholic doctrine and discipline may be walls; but they are the walls of a playground.”

Carnivals, festivals, and other vestiges of so-called “pagan” celebration, however, were a major target of the Reformation. (This may explain, in part, why the Duggars don’t celebrate Halloween, opting instead for a milquetoast “fall harvest” — and why their Christmas in a few weeks will be Santa-less). But as philosopher Charles Taylor argues, suspicion of the “paganism” and “sensuality” of dancing was really about the deeper trend of “excarnation,” which is a suspicion of sensuality proper — of the five senses. Excarnated Christianity generally wants to “purify” faith of the body, making it less about sacraments, ritual, and community, and more about the individual and his or her belief. Religion is more an abstraction that occurs “in the head” than a lived experience that occurs in the community.

The profound problem with excarnation is that its interior logic leads to a rejection of the very soul of Christianity that we celebrate at Christmas (with or without Santa): namely, the Incarnation. When we reject a “sensual faith” of concrete sacraments and festivals, we make the holiness of ordinary things incidental, and not central, to Christian life. As a result, the Incarnation — the ultimate meeting of the holy and the ordinary — looks less and less central to our lives on earth.

Dancing then, as far as I can tell, is not only not a vice; it’s something of a Christian duty. We’re called not just to be the light of the world, but the salt of the earth, as Jesus was – to sing wild songs to heaven, drink the fruit of the vine, and dance until we drop.