Is There Any Hope For Modern Catholic Liturgical Music? 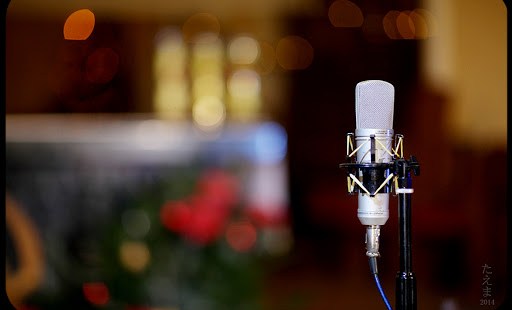 While most Catholic hymns do not contain formal heresy, a surprising number of lyrics push the envelope

“our” grace: Such poetry strikes me as goofy and effeminate. Moreover, I’ve not even broached the topic of approval (required by the GIRM) for hymns replacing Mass Propers. For example, over the last four decades, every Catholic hymnal has placed on its first page this notice: PUBLISHED WITH THE APPROVAL OF THE BISHOP’S COMMITTEE ON THE LITURGY.  But practically no one realized that this approval had absolutely nothing to do with approving any hymns contained in the book. 2

I sound like a "negative Nancy," and you probably want me to explain how to fix the problem. I would suggest the following:

FIRST ITEM
It is not impossible to find good poets in today’s world. Our own Veronica Brandt recently posted this hymn text by Father Dominic Popplewell, a young priest of the Fraternity of St. Peter. Written in honor of Mary MacKillop (Australia’s first canonized saint), his poem contains some excellent verses which avoid sounding “forced” like the ones we mentioned above. Our job is to locate more fine poets like Father Popplewell.

SECOND ITEM
Thanks to recent publications — the Jogues Missal, Simple English Propers, Lalemant Propers, and so forth — parishes need not be held hostage by books lacking Propers. However, as these parishes begin to implement Propers, they should continue to use fine hymnody, and a number of adequate hymnals have become available.

THIRD ITEM
Consider how beautiful hymnody can be. For example, in the Campion Missal & Hymnal, we took the poetry of English Martrys — St. Thomas More, St. Philip Howard, etc. — and set it to beautiful melodies. Several of the melodies were commissioned from composer Kevin Allen, 3 and many of the hymn texts are by St. Robert Southwell, a Jesuit martyr whose poetry was admired by William Shakespeare.

I will share with you a few verses from the Campion Hymnal, but it hurts me, because I find them so beautiful. It’s hard to refrain from tears. Here’s an excerpt from Southwell about the Holy Eucharist:

What God, as author, made, He alter may;
No change so hard as making all of nought;
If Adam fashion’d were of slime and clay,
Bread may to Christ’s most sacred flesh be wrought:
He may do this, that made, with mighty hand,
Of water wine, a snake of Moses’ wand.

Notice how, just like Father Popplewell’s hymn, each ending is rhymed (very difficult to accomplish). Consider this excerpt from Southwell’s hymn about the Immaculate Conception:

Four only wights bred without fault are named,
And all the rest conceivèd were in sin;
Without both man and wife was Adam framed.
Of man, but not of wife, did Eve begin;
Wife without touch of man Christ’s mother was,
Of man and wife this babe was bred in grace.

See how glorious Catholic hymnody can be? Are you in tears? You should be!

Did you notice it doesn’t rhyme? The ancient Latin poems almost never rhyme. For the record, those pages are excerpted from the Jogues Illuminated Missal, which tried to use fancy letters for all the prayers, signaling to the congregation their depth & dignity.

I have been appointed project leader of a new hymnal. We are planning to do amazing things, but we need your help. Very soon, we’ll be releasing more information. To learn more, click here and scroll down to book #2. Information will be released on Views from the Choir Loft.

NOTES FROM THIS ARTICLE:
1   I’m told some newer hymnals (after 2011) have begun removing this verse, but that does little to repair the damage done over a period of decades.

2   Much could be said about this subject, but the time is not now.

3   To get a sense of Mr. Allen’s amazing skill at setting English, please go here and click on the Cardinal Newman video, or hear an actual setting he composed for the Campion Hymnal.
GIA Worship IV Hymnal

A theorist, organist, and conductor, Jeff Ostrowski holds his B.M. in Music Theory from the University of Kansas (2004), where he also did graduate work in Musicology. He serves as choirmaster for the new FSSP parish in Los Angeles, where he lives with his wife and two children.This article originally appeared in the blog "Views from the Choir Loft" on the website Corpus Christi Watershed. It is reprinted here with kind permission.