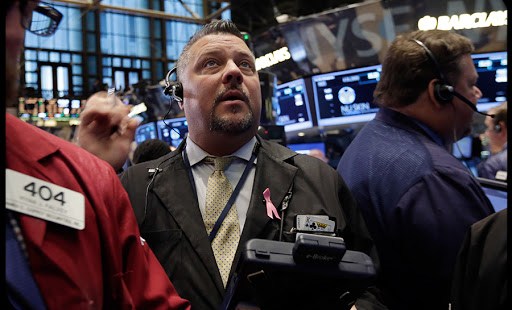 The example of New York Times journalists writing trend stories that seem to depend on two friends, a couple articles in the newspaper’s “lifestyle” section, a loud guy at the coffee shop, and three of the 16 people they interviewed outside a library on the Upper East Side suggests how easily one can invent a trend. Several respondents to last week’s column, “Free-Market Catholics Are Losing Their Faith (in Capitalism),” rejected the idea that a significant number of politically conservative Catholics are changing their attitude to the state, to a new assertion not just of the limits and dangers of the market but of the need for a welfare and regulatory government.

We have so many dots to connect, one can always connect the dots to make a picture of something that doesn’t actually exist. With that qualification, I think I’ve described something real, and significant. Here are four bits of evidence, four dots, from the last few day’s reading.

First, this interview with the writer Elizabeth Stoker Bruenig, “Poor People Are Bruised Reeds,” from the Episcopalian magazine The Living Church. Bruenig, a doctoral student at Brown and recent convert, and increasingly popular writer in Catholic circles, hopes that “in a few years, Christian leftist politics will be broadly seen as authentically Christian and as politically viable as Christian right politics.” The currently popular Libertarianism she rejects, because it “sharply departs from Christian understandings of the person and the world.”

She calls herself “left-wing,” which she explains refers “to economics, the sort of state structures of wealth. I use it in the old guard, coal mine, labor way, to mean the involvement of government in pursuing avenues for the elimination of poverty.” It is “a peculiarity of American politics that we assume ‘left-wing’ is a statement about how we identify on sex and family issues.”

Second, a “quibble” from the Catholic blogger and young legal scholar “Modestinus.” I had said that the people I was describing aren’t becoming old-fashioned socialists or even social democrats. He wrote: “It seems to me, however, that a good number of these folks, which include plenty of young Catholics, are quite ready to accept the tenets of socialism and, more distressingly, argue that those tenets find support in CST [Catholic Social Teaching].” These “socialist Catholics,” he says, “have their instincts in the right place. It’s just too bad that their main critics are economic liberals whose own utopian visions warrant condemnation.”

Third, this response from a Facebook discussion of “Free-Market Catholics.” My friend Jay Richards (another convert, as it happens) challenged my description. His Twitter name is “@freemarketjay” and he was understandably skeptical. He’d seen no “economically literate” Catholics — Catholics who’d read and understood Hayek, basically — turn to the left in the way I’d described.

A young man closely involved in conservative, free-marketing enterprises responded: “I think there is quite a large group of people who are intimately familiar with free market arguments and would have proudly called themselves capitalists or libertarians at some point in the past, but have changed their minds about economics in light of Church teaching or other developments in their philosophical understanding.”

He rejected the claim that “they just don’t understand the arguments” because the people who offer it have rarely taken the time to understand the anti-capitalist Christians’ arguments. “My generation of politically aware Christians grew up with Hayek and Novak type arguments all around us, and it is not for lack of familiarity that many are choosing St. Thomas and MacIntyre and so forth over them. But I am biased because I consider myself one such person and a friend of many others.”

Fourth, the proposals the University of Virginia sociologist Bradford Wilcox makes at the end of a paper titled “It’s Not Just the Economy, Stupid,” which asks, “Why is the working class family really coming apart?” Wilcox, yet another convert, directs the Home Economics Project at the American Enterprise Institute. Even with his association with that famously free-marketing think tank, he argues that the federal government should reinforce work and marriage. His first proposal is that it “should subsidize wages (through the EITC or a new approach not connected to household size) to boost the returns to work for less-educated Americans.” The other three are eliminating the marriage penalties found in transfer programs, increasing the child-tax credit to $3,000, and funding more vocational and apprenticeship education.